A couple of weeks ago, Apple refreshed its entire MacBook Pro line-up and brought a rather exciting feature to the table… Intel Thunderbolt. Previously known as Light Peak, Thunderbolt is an ultra-fast connection interface that can be easily daisy-chained, and can handle fast data throughput and even DisplayPort functionality.

At the launch, Intel had a fair number of companies backing up the technology. Aside from Apple, there was AJA, Apogee, Avid Technology, Blackmagic, LaCie, Promise Technology, Universal Audio and even Western Digital. On the consumer side of things though, no mega-company stepped up to the plate, but that changes with Intel’s announcement of Canon joining in.

As the maker of an insane number of camcorders and cameras, the reason for Canon’s interest in Thunderbolt won’t require too much imagination. Because Thunderbolt is a rather flexible interface, it could essentially both stream video or images from a camcorder or camera, while also transferring over the files. As Thunderbolt is about 2x the speed of USB 3.0, it’s of little surprise why this is tempting.

With Canon’s support, hopefully it won’t be too much longer before other major manufacturers also join in on the fun. Thunderbolt, and its capabilities, are just too good to not want to be able to access, so the sooner the mass adoption from vendors occur, the better. 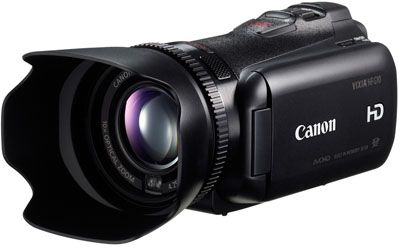