More often than not, if I return to a game after not touching it for a while, I’ll start my quest over from the start, to take in the game as if it were my first time through. In fact, I am currently doing this with Mafia II for the third time, and have been loving it. Well, imagine if you were to purchase a game where starting over from scratch simply wasn’t possible. Unlikely? Don’t bet on it.

With Capcom’s Resident Evil: The Mercenaries 3D for the Nintendo 3DS, the company has locked the ability to start a game over from the beginning. There is no option to delete a saved game… you are stuck. In most cases, a saved game file could forcibly be deleted, but not here. In this case, the switch seems to be built right into the cartridge itself, making it impossible wipe things clean and start the game over. 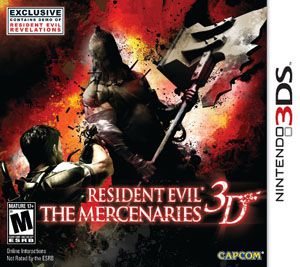 I am not too familiar with how the game is designed, but I believe you can choose whichever mission you want to play after beating it. If you are to start over to the best of your ability, you’ll essentially be doing time or score runs, and once a level is done, you’ll need to choose the next. This is a rather clunky design, to say the least.

Although Capcom denies it, many are speculating that the company chose this route to prevent second-hand sales, as if you did pass the game off to someone afterward, they wouldn’t have the truest experience. Rather, they’d have to adopt your character and move from level to level rather than have a streamlined experience.

To inject a little personal opinion here, I think this move is ridiculous. This isn’t quite ‘DRM’, but in some cases it’s even worse. To sell someone a game and then not even allow them to delete their saved game or start over fresh is not very accommodating, and to me, is a sign of total disrespect to the faithful customer. Of course, the only way to prove to Capcom that you’re not happy with this move is to not purchase the game. We’ll see how that pans out.