Moving on with more CES magic, ASUS have announced two new monitors that will be up for grabs in the coming months, catering to two different crowds; the professional artist and hardcore gamer. Each monitor has its own focus; the ProArt 249Q comes pre-calibrated out of the factory, while the VG248QE will help you keep up with the action with a refresh rate of 144Hz. We’ll start with the ProArt.

Many monitors are sold today which are grossly over-saturated, too bright, poor color accuracy, inaccurate temperature, image blur, too sharp, too much contrast; one never knows what the out of box experience will be. Things have improved somewhat over the years, but if left unaware, what may seem like a bad purchase on the face of things, could in fact just be a poorly calibrated monitor. If there was one thing I would like changed about the way monitors are sold today, it would be factory calibration.

To Joe Public, color accuracy is rarely at the forefront of a monitor purchase, but it’s a serious concern in the graphics and media industry. However, consumers and not just professionals can benefit from a pre-calibrated screen. Ever played a game that went from daylight that was too bright, into a dark cave where you couldn’t see a thing? It may not be a bad graphics engine, but a poorly calibrated screen. How about a multi-montor setup, with the same brand and model of monitors, but the color is different on each screen? These are issues that can be solved with calibration. 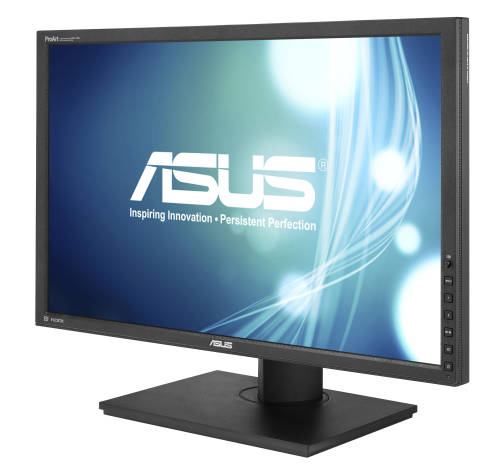 Mini-rant aside, it’s nice to see a company such as ASUS taking the time to release a monitor, pre-calibrated from the factory. ASUS may not be the first, nor the last company to calibrate any line of monitors, but it’s an important step. The 24″ PA249Q ProArt is one such monitor, sporting an IPS panel and calibrated to within a delta-E of 5 (a 0 would be perfect and 2.5 would be excellent). While not optimal, it’s still a long ways better than if it were left unchecked. As such, the ProArt can achieve a color reproduction rating of 99% Adobe RGB, 103% NTSC and 100% sRGB. Being a graphics monitor, it’s also extremely ergonomic with full tilt, swivel, pivot and height adjustments. The IPS panel means wide viewing angles (178°) as well, and even comes in a more ‘work-friendly’ 16:10 aspect ratio. To further sweeten the deal, it includes 4x USB 3.0 ports. 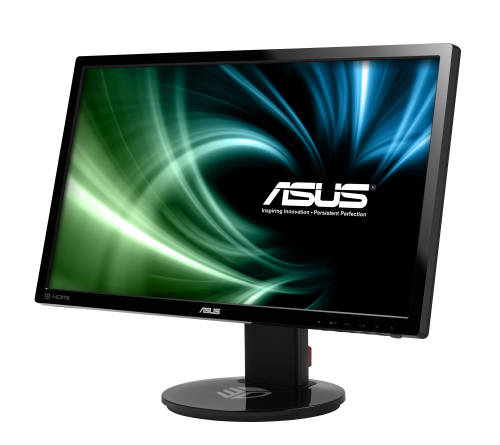 Graphics not your thing? Care little about calibration, but more interested in lightning fast response times, even when immersed in a faithfully reproduced 3D stereoscopic package? Then ASUS has a monitor for that too, the VG248QE. Coming equipped with a spiffing new panel capable of a refresh rate of 144Hz and a Grey-to-Grey (GTG) response time of just 1ms, this gaming monitor is fully equipped and compatible with NVIDIA’s 3D Vision 2 system. The panel has a more media-friendly 16:9 ratio; that’s 1080p to you and me. I was hoping that companies would have moved on from the absolutely ridiculous contrast race, but the VG248QE has a blindingly high 80 million to 1 ratio. For a gaming monitor, it even comes with the same ergonomic options as the ProArt, with full tilt, swivel, pivot and height adjustments. The only thing that could make this monitor better, would be thinner bezels, but that’s a topic for another time.

As yet, pricing is still unknown, however, release dates put the gaming VG248QE in sometime later this month (January), and the ProArt released later in March.