Corsair, an industry leader in high-performance PC component design, has chosen the 2013 CES in Las Vegas, Nevada to announce the Voyager Air.  Described as “the first all-in-one mobile wireless drive, home network attached storage, USB drive, and wireless hub”, the Voyager Air hopes to be your solution for on the go media consumption.

Equipped with 802.11n/b/g Wi-Fi, USB 3.0, Ethernet and a rechargeable battery, the Voyager Air comes in 500GB and 1000GB models.  Accessible from almost any device, it can connect to any PC, Mac or with a free Corsair app, Android and iOS touch devices.  When at home, the Voyager Air can connect to network enabled smart televisions, Blu-Ray players, consoles, DVRs and media streaming boxes.  Make note of those devices as Corsair claims the Air can stream HD content up to five devices at once. 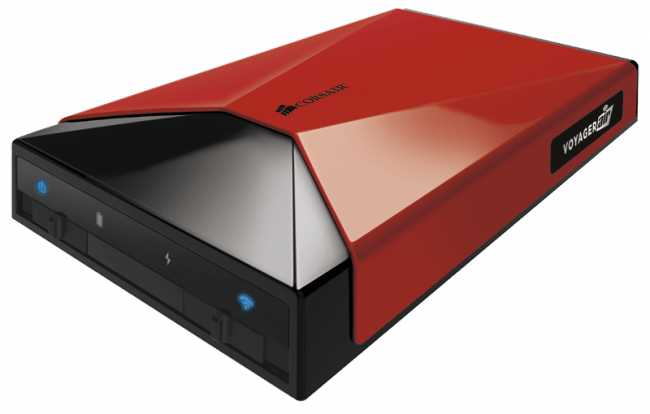 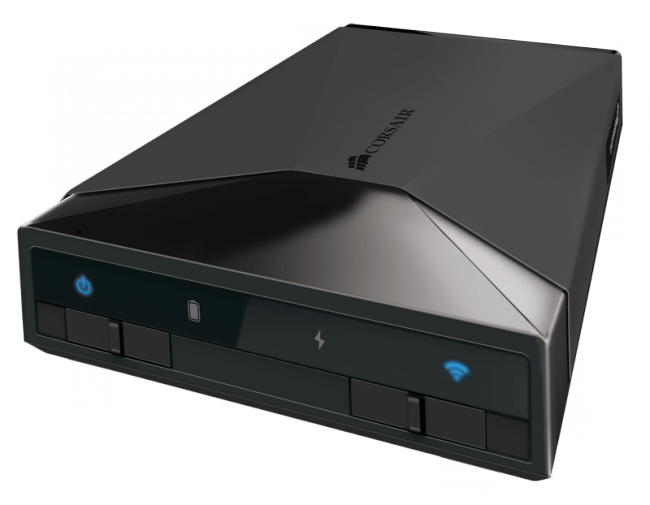 When connected to a network via the build in Ethernet port, the Voyager Air acts as a NAS, allowing access to users on Windows, Mac OS X or Linux.  Ready to use immediately, the Air comes pre-formatted in NTFS but can be reformatted to HFS+ for Time Machine compatibility.  Conveniently for multiple user environments, the Voyager Air can be partitioned for easier organization of content.

Available in early February, the Voyager Air will ship in glossy red and soft-touch grey.  Suggested retail pricing for the 500GB and 1000GB models are $199 and $229 respectfully.