CES 2013 is shaping up to be another busy show, with Corsair making a range of announcements regarding its well-received gaming peripherals.  To start off, the company is expanding its premier Vengeance line with a new gaming keyboard, a couple of mice, and a mat.

Corsair is also taking the opportunity to announce the first results of its acquisition of German company Raptor Gaming with a completely new lineup of gaming keyboards, mice, and headsets that under the Raptor brand. The Raptor series of products will slot in below the Vengeance lineup to offer a more affordable alternative to the premium Vengeance product family.

Last but definitely not least; current and future owners of the Vengeance 2000 Wireless Gaming Headset may be happy to learn they will receive a free software driver update which will add support for Dolby Headphone 2.0 7.1-channel surround sound. 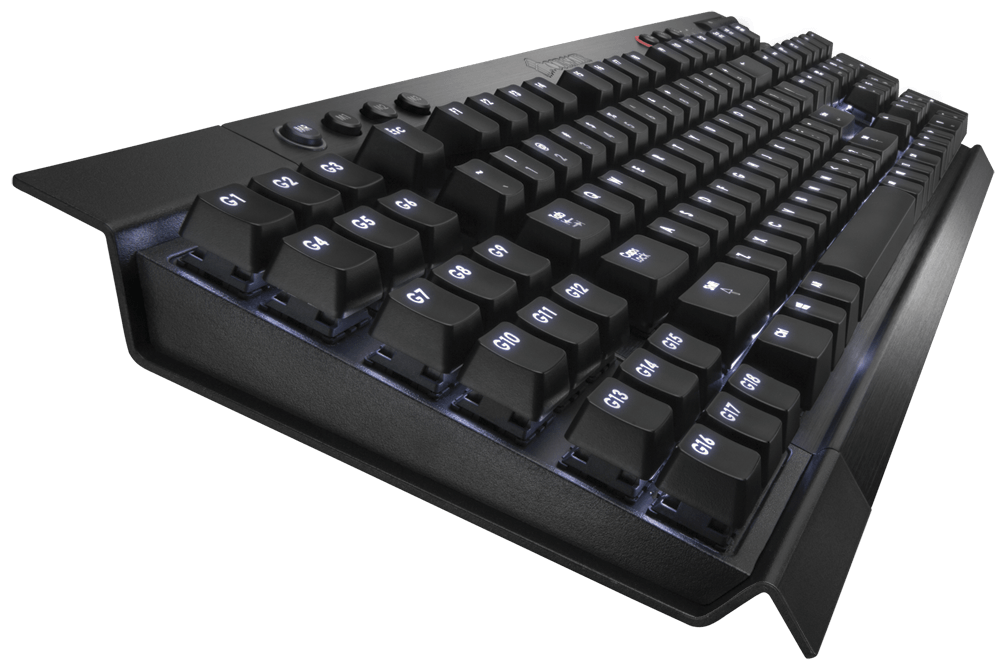 With that out of the way, onto the good stuff! The Vengeance K95 gaming keyboard will be the new top-dog in town. As the name implies, Corsair started with the well-received K90 keyboard and added “a never-before-seen level of precision, technology, and styling.” Styling refers to the now completely black anodized brushed aluminum housing and an upgrade from blue to white LED lighting. But that’s just the start.

Corsair listened to user feedback and has upgraded every single key (including the 18 macro keys) with CHERRY MX red switches this time around. Even more impressive is that each key is now individually backlit, allowing the user to individually adjust which keys have their LEDs activated. Additionally, the keyboard as a whole will offer four levels of backlight intensity. The Vengeance K95 will also feature full anti-ghosting, 20-key rollover and a 1ms reporting rate. 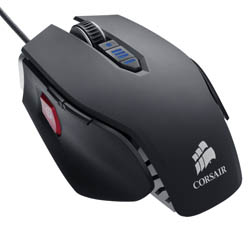 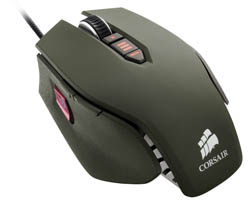 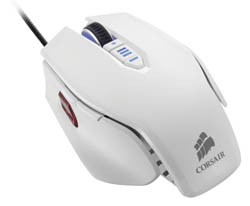 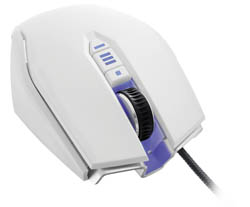 Next up, Corsair is introducing the Vengeance M95 and M65 Gaming mice, designed for serious precision gaming. Both mice are built upon an ergonomic aluminum unibody and fitted with an Avago Technologies ADNS-9800 LaserStream gaming sensor. This sensor is rated for 8200 DPI (a 30% increase in tracking resolution over the previous generation) for enhanced precision and movement tracking. Moving on, Corsair claims to have added new, ruggedized, high-precision button switches for rapid triggering and longer durability. Both mice will also feature on-the-fly resolution switching, programmable lift detection, a high-mass scroll wheel and PTFE glide pads. 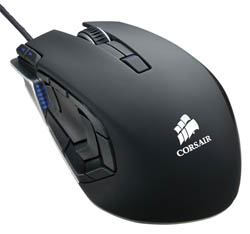 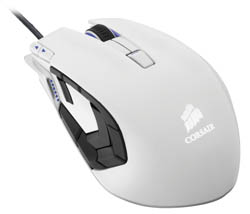 The Vengeance M95 mouse is designed for MMO gamers with 15 fully programmable buttons, on-board memory that can store macros in up to six profiles that can be selected on-the-fly, and the usual Windows software utility for complete control and customization of all the hardware settings.

The Vengeance M65 targets FPS enthusiasts, offering a dedicated “sniper” button to switch from fast movement to a higher-precision mode for aiming. It will also feature weights to balance the center of gravity to the user’s preference and will come in military green, arctic white, and gunmetal black color schemes.

Lastly, Corsair is introducing the Vengeance MM600 dual-sided Gaming Mat. As the name implies, one side features a polymer surface optimized for smooth high-speed movement while the flip-side is optimized for precision tracking. In what surely has to be overkill, the MM600 mat is constructed from a solid piece of 3mm thick aircraft-grade aluminum. The mat also offers no-slip rubber corners to prevent the mat sliding around. As one would expect, the MM600 has been tested with both the M95 and M65 mice to ensure gamers can expect nothing but the best performance from their peripherals during those intense gaming sessions.