Given its vast selection of gaming peripherals, and not to mention its great support of pro-gaming, I think it’s safe to say that few peripheral companies care quite as much about PC gaming as Razer. However, the company doesn’t enjoy the idea of PC gaming being limited to the home, and used CES 2012 to unveil its solution to the problem: Project Fiona – a tablet with a gamepad built around it. Last year, we heard little about the device, but little did we realize, Razer had been waiting for this CES to show off the final product.

With this announcement, Project Fiona becomes Razer Edge. Despite the name change, the original idea is kept in-tact, with true PC hardware being used under the hood and a gamepad strapped to each side. Originally, Razer had the entire unit fused together, but Edge will allow you to separate the tablet from the gamepad – a nice touch, but something that’s to be expected nowadays. 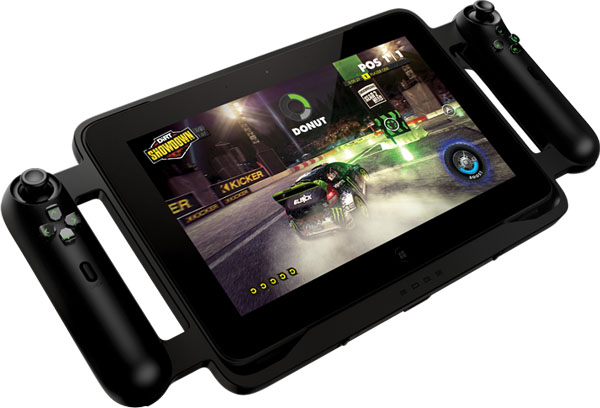 The “true PC hardware” I mentioned above is what sets Edge apart from the competition. Most gaming tablets stick with a mobile solution, such as NVIDIA’s Tegra, whereas Edge employs either an Intel Core i5 or i7 processor and a notebook-level GPU (GeForce 640M LE). Neither component will be top performers in their category, but this is a tablet. 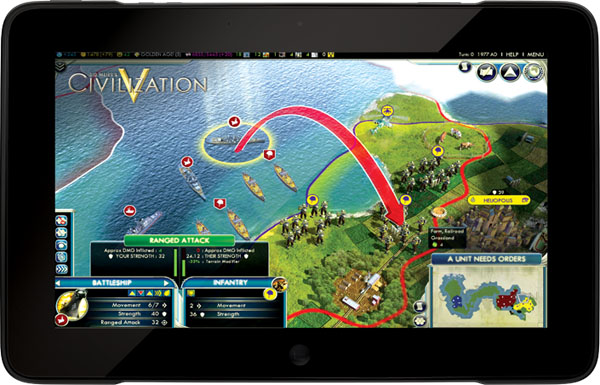 The bundled software doesn’t end at the OS, however. Razer will be putting some software of its own on there to “enhance your gaming experience” – including the company’s speckled Synapse 2.0 online software.

Whereas originally it was believed that Razer would sell the gamepad and tablet together, because of the separation, that’s no longer the case. Instead, the gamepad will set you back $250, while a keyboard dock sells for $200. For those who want a simple dock to provide more power to the tablet, that will cost you $100. With pricing like this, what about the Edge itself?

At the get-go, Razer will be selling two models of the Edge; one Pro and the other regular. The regular model retails for $1000, and includes an Intel Core i5 and 4GB of memory. The Pro model boosts the price to $1300 and likewise boosts the CPU to a Core i7 with 8GB of memory. Whether or not you consider this expensive will depend on what you’re looking for, but at the moment, no other company offers a directly-competing product. At least on paper and through pictures, Razer seems to have a very compelling product here.