I mentioned earlier that a hot buzzword at this year’s CES is “4K”, but I was oblivious to the fact that it’s been quite a while since we discussed what that is. Years ago, any geek would tell you that “4K” represented sector sizes on a hard drive. Today, it’s commonly regarded as a display resolution. But “4K” in itself doesn’t explain much – so what exactly is it?

What defines a 4K resolution is that it’s at least 4,000 pixels in width; the height isn’t under such strict ruling. However, there’s no established 4K standard at the moment, which has led to many companies skewing the final resolution ever-so-slightly. In fact, some companies don’t even match the 4,000 pixel width, yet still refer to their technology as 4K. Take GIGABYTE for example, which considers 4K to be 3840×2160 or 3840×2400. 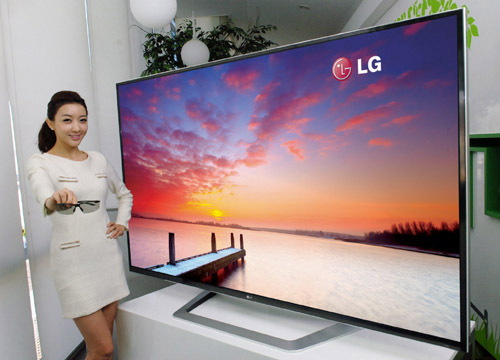 One of the first companies to release a camera capable of recording in 4K, RED, doesn’t even have what it considers a “standard” 4K resolution. Its various models can scale between 4096×2048 or 4096×2304, with “4.5K” (4480×1920) even being possible. But it’s clear that with the number of 4K televisions being shown off at CES, there needs to be some sort of standard put in place, because it’ll be the only way that content won’t be created in all sorts of different resolutions. A list of various “4K” resolutions is available here.

I’m no authority on the subject, but I think that the most common-sense “4K” resolution to go with for streamed or purchased content would be 3840×2160. No – there’s no 4,000 pixels in there, but this “Quad-HD” resolution retains the 16:9 aspect ratio of current HD content, which means current 1080p content should look as good as it can when scaled upwards. Though, future upscalers have their job cut out for them, because increasing a resolution 4x and having it look decent is going to be a challenge.

To help put a “4K” resolution into perspective, look no further than the graphic below.

DVDs, at their ~720 pixel wide resolution, are dwarfed by Blu-ray’s 1080p resolution, which today remains quite good. But then compare Blu-ray to 4K – the difference is ridiculous. From 1080p to “Quad-HD” or 4K (or whatever you want to call it), we’ve effectively gone from 2.07 million pixels up to 8.29 million. If you think 1080p content looks clear today, 4K is really going to be an incredible sight.