While unlikely to be the final version of the recently speculated Steam console, the Piston from Xi3 was developed with Steam’s Big Picture mode in mind. Xi3 creates modular PCs; designs which are easily upgradable over time, while remaining compact.

Currently on show at CES 2013, specifics about the Piston are minimal, as well as any long-term relationship between Valve and Xi3. What we do know is that it’s based on the X7A modular series, which comes equipped with a quad-core processor, 8GB RAM, up to 1TB worth of SSD storage and support for three monitors. This particular series starts at $999, and does not reflect the specific configuration of the Piston. 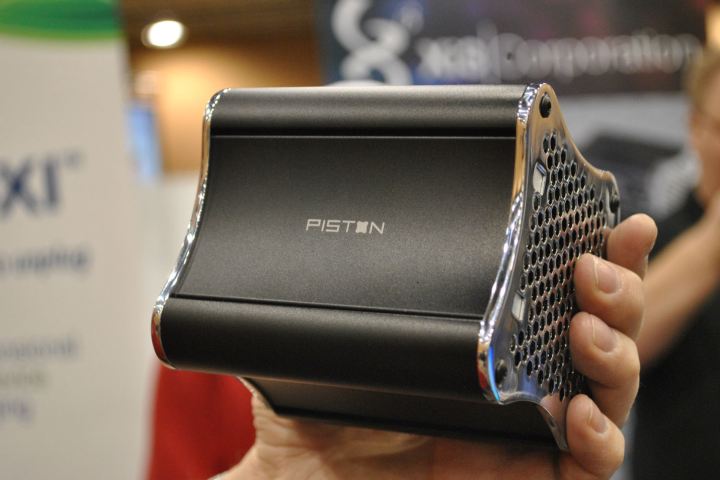 It’s worth pointing out that Valve was interested in a Steam Box platform rather than a specific device, so it may be working with other manufacturers on a number of different devices and price ranges, since dropping $1000 on a console may be a bit steep. Apart from this, there really is very little information to go on. It is nice to know that Valve is at least continuing to push the idea forward. 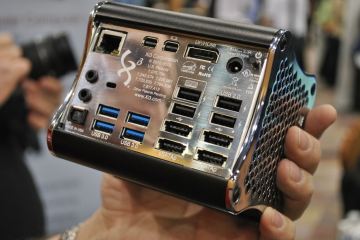 Steam Box is Valve’s endeavor to bring a PC-orientated console to the market, bringing together the feature set and upgradability of PCs, with the convenience and simplicity of consoles. We wish the company well on this project, and maybe it’ll do a little better than AMD with its Dragon platform.