Synology’s annual update of its NAS line continues with the introduction of the DS416j, a 4-bay NAS for streaming multimedia content over a home network. Rather than being built like a tank of a NAS, suitable for enterprise use like much of the other NASes that Synology has released this year, the DS416j is meant to be a much more affordable solution for simpler needs – although some of the more premium features are available.

Compared to the more Enterprise DS716+ recently released, the DS416j comes with a much more subdued system spec. A dual core Marvell Armada 88F6828 1.3GHz is the heart of the device, with just 512MB of RAM at its disposal, so don’t expect any 4K video Transcoding on this NAS. However, it still comes with hardware-based encryption, so you can encrypt data in real-time with minimal performance loss. 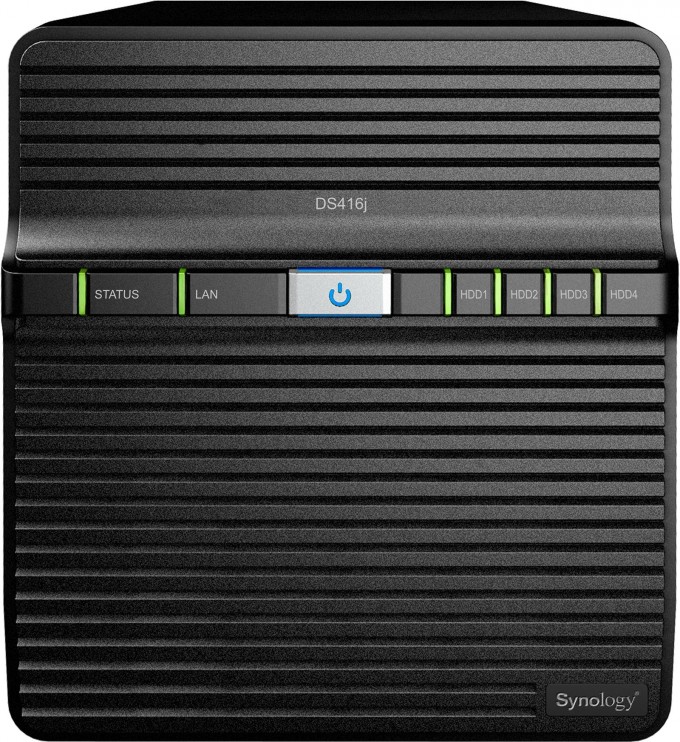 The floating-point module in the CPU is quick on the processing of thumbnail previews for images, making using the DSM OS much smoother over previous versions. Speaking of DSM, one of Synology’s greatest achievements in the NAS appliance industry is its level of quality with the operating system. If you have never used DiskStation Manager before, it’s worth checking out, as it’s by far, one of the most polished and easiest to use.

Some of the more enterprise options are still available as a result of DSM, such as Cloud Sync, Windows AD and LDAP integration, and Synology’s Cloud Station – which allows you to setup your own cloud storage, accessible over the Internet, for all your devices; be it PCs, laptops, or mobile phones. With DLNA support as well, it will integrate with most consoles effortlessly as well (certified on PS3/PS4/Xbox 360/Xbox One), providing instant access to your music and movies with very little configuration. 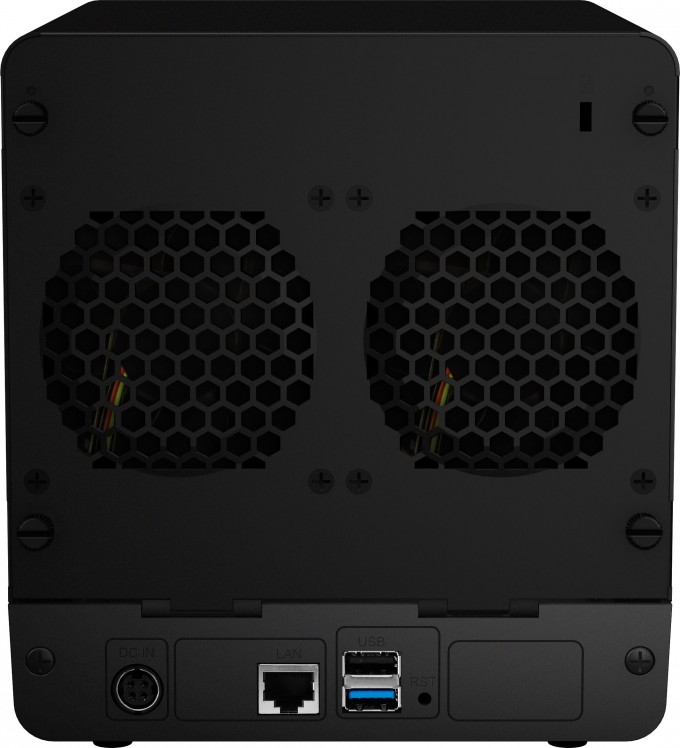 One of the main reasons for using a NAS is to do with power. If you build a PC, install a bunch of hard drives and setup file sharing, plus some feature applications, you’ll most likely be sitting on a 100-200 Watt power-sink, just to share a few Terabytes of data. NASes on the other hand will use a fraction of that power, and in most cases, match the feature set of a PC with the right model. The DS416j uses just 21.6 Watts while accessing 4 hard drives, and 12.75 watts when hard drive hibernation is enabled. Enabling Wake-on-LAN, also means you can set more aggressive power saving profiles.

Synology’s DS416j is an entry-level 4-bay NAS that replaces the DS414j. The update increases total throughput to an average of 112.82 MB/s reading and 101.2 MB/s writing speed under RAID 5 configuration, which is a 37% improvement over the previous version. This is near enough as close to the maximum throughput of a Gigabit connection as you can get.

The NAS is available for purchase now, for an SRP of $289.99 USD. Amazon currently has it stocked for around the $290 mark, just keep an eye on merchants, same for Newegg at $290 as well.