The latest CES has just kicked-off, and many companies have wasted no time in unveiling their latest wares, with an absolute deluge of announcements filling our inboxes today. This isn’t an ordinary CES in terms of how many people will show up in-person, but where products are concerned? There’s a lot to chomp on. Let’s get started with a look at AMD’s new graphics products.

During its keynote, AMD highlighted how successful its RDNA2-based Radeon lineup has been to date, with previously-released cards catering to 4K and 1080p gamers, and everyone in between. The company reiterated the success of FreeSync, which is supported on over 2,000 displays, as well as the newer upscaling FidelityFX Super Resolution feature. FSR in particular has seen strong success out-of-the-gate, with 2021 ending with support for 45 titles, with at least 22 more expected before the end of 21H1. 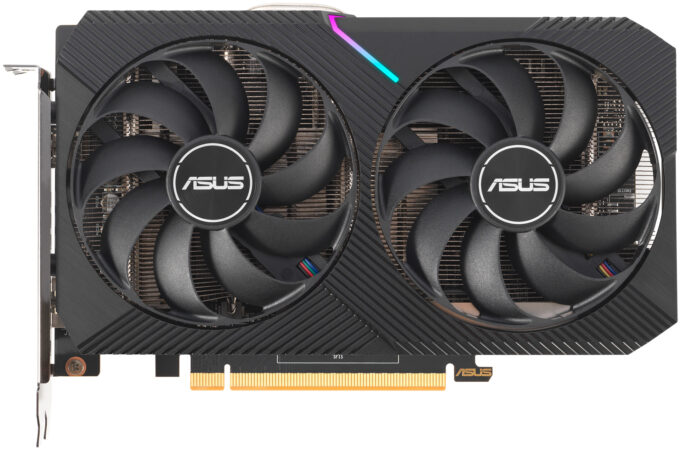 Next up? The Radeon RX 6500 XT, a lower-end GPU that happens to be the first in the current-gen RDNA2 lineup to come in at 6nm. Interestingly, the card also becomes the first in a good while from either AMD or NVIDIA to carry an SRP of $199, which in a world that actually has GPUs available for SRP sounds pretty great. Given the current state of the market, finding the new RX 6500 XT for around its SRP is likely going to be a challenge, but alas. With the new entrant, here’s AMD’s current full desktop GPU lineup:

Eagle-eyed readers may notice an additional entry at the bottom. AMD is actually launching two new GPUs today, but attention isn’t really being drawn towards the RX 6400, as it’s going to be exclusive to OEMs. With a TDP of a mere 53W, we’re sure to see this GPU in many low-profile and low-power OEM systems. The RX 6500 XT that you will actually be able to purchase by itself will offer notably better performance than the RX 6400. 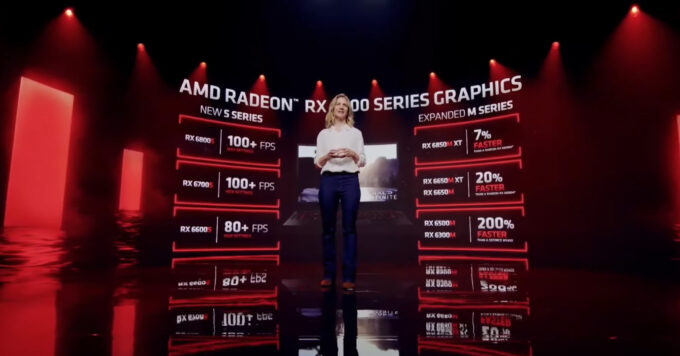 It’s not just desktop Radeons that have been announced, but mobile, too. Last year, AMD launched three RDNA2-based mobile GPUs, and with this CES, the total number is increased to 11. Of those 11, three are related to new “S” variants that cater to ultra-thin gaming notebooks – those measuring at 20mm thickness or less, and under 4.5lbs. For reference, the original three M models included 6800M, 6700M, and 6600M, so with that, here’s the augmented lineup:

What’s not entirely clear to us is whether or not all of the new mobile Radeons are built around a 6nm process, but we do know that at least the M variants are. Given the ultra-thin prospects of the S series, we’d imagine those likewise are built on 6nm, as well.

While the bulk of AMD’s graphics announcements at CES revolved around hardware, software was tackled, as well. The company’s Chief Architect for Gaming Solutions & Marketing Frank Azor took the opportunity to announce Radeon Super Resolution, a feature similar to FidelityFX Super Resolution which can be applied to “thousands of games”. 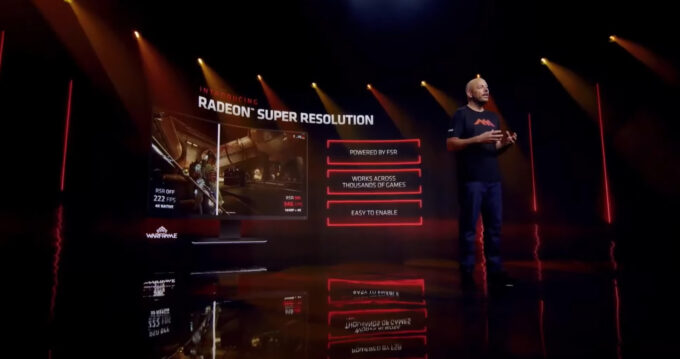 To take advantage of this Radeon Super Resolution feature, you’d merely need to enable it in Radeon Settings, and then the driver will take over when it needs to. It appears that if you merely run a game at a lower-than-native resolution, then the driver will know to kick in, and try to emulate the detail of native resolution, while offering much-improved performance. This is one feature we’re eager to give a test, since there are many games out there worthy of a performance boost that don’t officially support FSR.

AMD also gave a sneak peak at some upcoming Radeon driver features, including Link 5.0, which would allow you to play your games directly with friends, as well as Privacy View, which uses eye-tracking to dim parts of the screen that you are not currently looking at (think sitting in an airport around prying eyes).

AMD has used CES 2022 to talk about more than just GPUs, but as you can see, what it has unveiled graphics-wise is pretty impressive. In one swoop, the company has greatly enhanced both its desktop and mobile GPU lineup, giving users even more options to choose from, making it easier to find a model that suits them best.

One thing we can’t scrub from our brain is the $199 price tag of the Radeon RX 6500 XT. If cards can be found for that price after launch, it looks like it could provide a really good bang-for-the-buck. Alas, given what we’ve seen from the market since the launch of AMD’s RDNA2 and NVIDIA’s Ampere, we’re not exactly confident that $199 price will be a common sight.