As part of the all digital CES, HyperX announced a number of new gaming peripherals for gamers, on both PC and consoles. Being the big eSports brand that it is, all these devices have been battle hardened by pro-gamers and should be up to the challenge of the home gamer.

First out is a compact 60-percent keyboard for those with limited desk space, or just like things compact. The Alloy Origins 60 is a mechanical keyboard with red linear switches, and all the usual gaming mech keyboard features we’d expect, such as macro software, PBT double-shot keys so the lettering doesn’t wear out, backlit RGB keys, and on-board memory with profiles.

The Pulsefire Haste was released to the US markets not too long ago, but is now released globally as of today. It has a honeycomb hex shell to reduce weight and to provide ventilation to keep your palm cool (and somewhat aid it grip). It makes use of TTC Golden Micro dust-proof switches that should last 60-million clicks. The cable is meant to be extra flexible so as to not get in the way, and the sides of the mouse have grip-tape to further aid in fast flick movements. 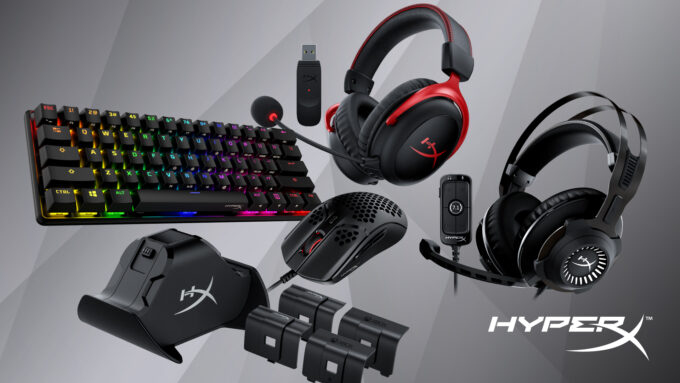 The two headsets are part of HyperX’s successful cloud range, and include the Cloud II Wireless and the Cloud Revolver + 7.1. The former being the wireless unit which uses a 2.4Ghz dongle for long-range, and has 53mm drivers with 7.1 virtual surround. The Revolver + is largely a minor update over the Revolver, but with USB and 7.1 virtual surround. These two headsets were available in the US, but are now shipping globally.

All in all, a rather modest launch for CES, but this is to be expected due to recent issues around the world, we’re likely to see more substantial offerings later this year.