Cooler Master has just announced an evolution of one of its popular gaming-oriented chassis: Scout 2 Advanced. The company says the Advanced model features enhancements specifically requested by its customers.

To wit, there is a revised dust filter designed for more effective performance. More significantly, perhaps, is now the availability of a Ghost White version of the case (model SGC-2100-WWN1) for those who prefer something other than Midnight Black (model SGC-2100-KWN3). The Ghost White Scout 2 Advanced also features two limited edition 120mm ghost white fans with white LEDs mounted in the front intake position, while the Midnight Black version has two 120mm black fans with red LEDs. 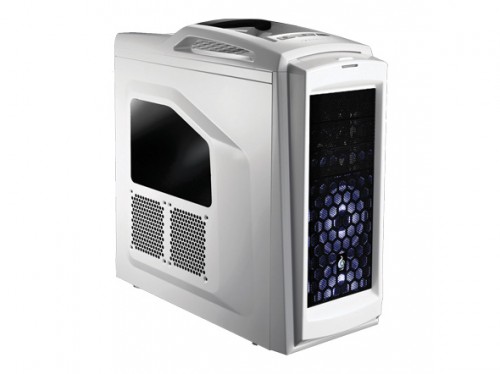 Except for these customer-requested updates, the Advanced is essentially identical to the original Scout 2. That’s no bad thing, since it features a pair of top-mounted rubber-coated handles for easy portability, 2 USB 3.0 ports (and 2 USB 2.0 ports as well), room for up to three 5.25” optical drives, up to seven 3.5” drives, and two 2.5” drives. The case can mount up to nine fans (three of which – the two 120mm front intake fans and a single rear-mounted 120mm exhaust fan – come standard), so cooling should not be a problem. Finally, it has enough room inside to mount even the longest monster video cards currently on offer (including the GTX 680 and the HD 7990). 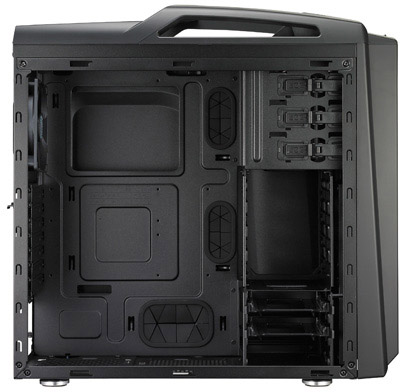 Cooler Master says current owners of the Scout 2 can request an upgrade kit containing the Advanced version’s parts at no extra cost from its website.