It’s a frustrating reality for Linux users that Windows software counterparts tend to be better. They may offer greater functionality, better design, and be easier-to-use. There are some exceptions, such as with the NVIDIA Linux GPU driver, which offers two features the Windows version doesn’t: temperature monitoring, and fan control. For the most part, though, things like driver control panels are a scarcity in Linux. 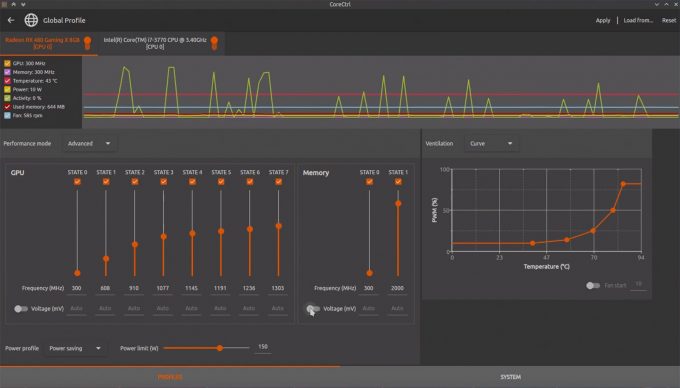 Despite offering good Linux performance, AMD has yet to offer an alternative to its Radeon Settings application in Linux. That’s despite it being a much-requested feature (and one that Intel seems to be taking more seriously lately, as well.) Well, one community member, Juan Palacios, was apparently so fed-up at the lack of movement from the AMD camp that he developed his own solution, and best of all, it’s for public consumption.

That solution is called CoreCtrl, and was announced on the AMD subreddit earlier today. For those concerned about the obvious – security – you should know that the project is open-source, with all of the code available at GitLab. Here’s a video the author produced to show off its features:

It’s great to see just how similar the layout in CoreCtrl is to the real Radeon Settings panel in Windows. It even allows you to customize on a per-app and per-game basis, which is a seriously useful feature. That even includes Windows games, likely run through Proton or some other solution. Naturally, one of the most common requests has also made it in: robust fan control.

We haven’t tested this software, but if you want to read more into it, you should check out the subreddit thread, or explore the project page.