Corsair is one company we always look forward to meeting up with at CES, and often, there are usually so many new products being unveiled, that it’s easy to forget about some by the time we leave. This year’s CES is hugely different, as the first product announcement took until today to arrive. For those looking to build a new PC, the new 5000-series mid-towers look worthy of consideration.

Three different 5000-series models are being offered, each catering to a slightly different aesthetic and capability. The three share the same steel frame, measuring at 20.47″ x 9.64″ x 20.47″, with the total chassis weight pegged at a hefty 30.5 lbs. For those who like clean, non-RGB aesthetics, the 5000D is what you’re probably after. Its flat front and top panels look great, and still allow air to breathe through the sides. 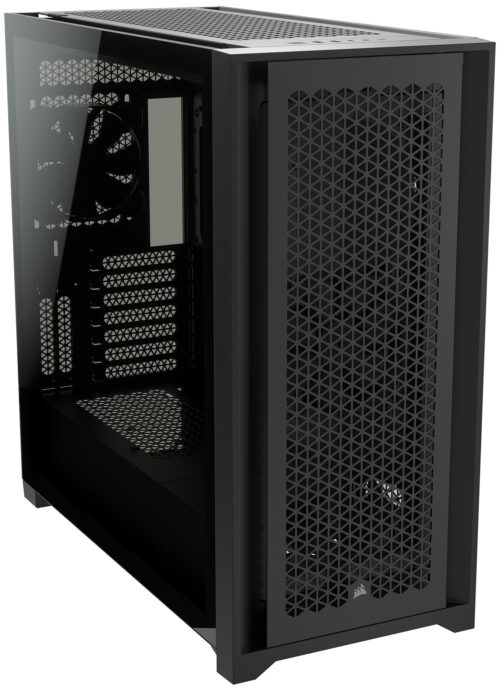 For those hoping for a bit more airflow, the aptly-named 5000D Airflow (seen above) comes to the rescue. Both the 5000D and its Airflow variant retail for the same $209.99 USD, but the latter has a triangular-hole design on the front and top to optimize the amount of air that can be pushed through.

All three of these 5000-series models includes tempered glass on the left side so that you can see your components in their full glory, but the iCUE 5000X RGB bumps that up to tempered glass on all sides – including the right side, where you will be able to see the fan controller and installed SATA SSDs. The 5000X, as its iCUE moniker would suggest, includes a fan controller that directly ties in with Corsair’s software for simple control of your desired color schemes.

Both the 5000D and 5000D Airflow models include two 120mm AirGuide fans, with one found at the back, and one in the front middle. While it’d be unusual to not add any of your own fans, the AirGuide nature means that the included front fan will be pushing air directly towards the GPU, so stock temperatures shouldn’t be too bad. Still, you’d ideally want to make sure you add fans for improved airflow. The 5000X RGB foregoes a back fan, and instead includes 3x SP120 RGB ELITE at the front. 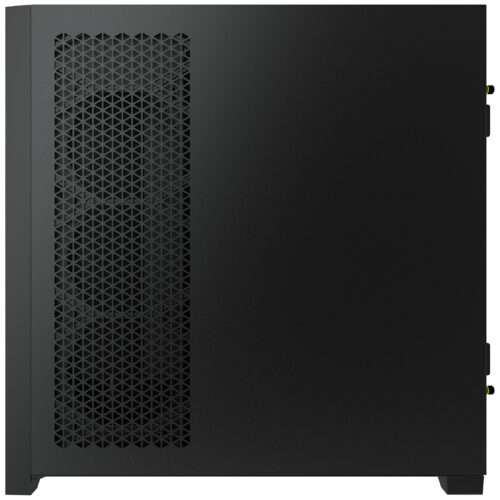 On the topic of fans, a key characteristic with these 5000-series chassis is that you can fit three fans to the side of the motherboard (seen below) to help pull cool air in, or use as a spot for a radiator mount. Based on all of the photos we were provided, it appears that you can either use an AIO in this side compartment, or in front; the opposite position will then still fit three fans. If you take full advantage of the fan areas provided, you could have 10x 120mm total inside. 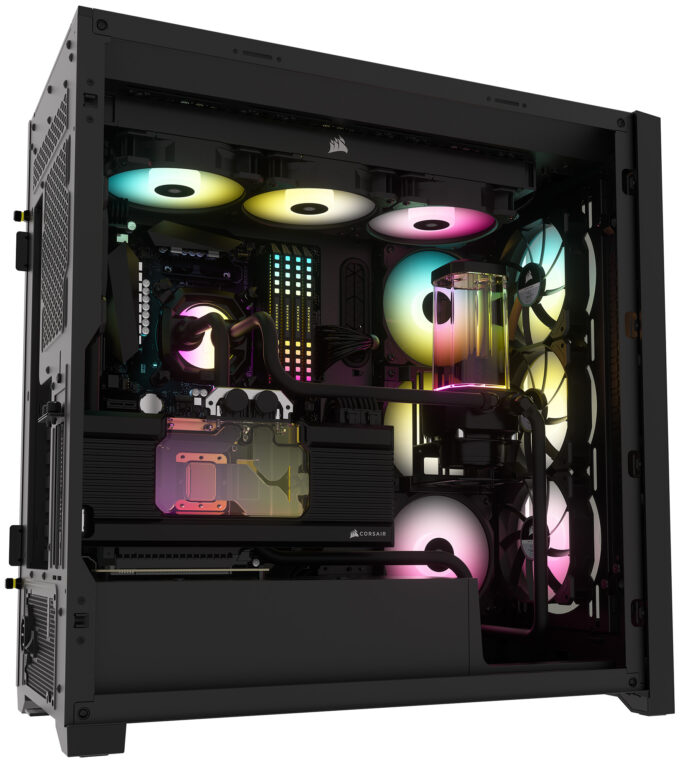 It’s not uncommon (thankfully) nowadays to see a chassis with a good cable routing design, and this new 5000-series is no exception, allowing you to create a build that hides most obnoxious cabling. With NVMe SSDs used on the motherboard, and the option for up to 4x SATA SSDs at the back, you should hopefully be able to easily avoid excess cabling from being seen in the interior.

What’s most unusual about these new chassis models is that they’re actually available right now. You can peruse the available options on Corsair’s own website. Unfortunately, we haven’t seen the new models show up at other etailers yet, but we imagine it won’t take long for that to happen.