It might just be our perception, but it feels like this year’s E3 has been a lot more PC gaming-focused than recent ones. Even Corsair is now getting in on the fun, having announced two brand-new gaming mice that cater to a wide-range of gamers.

To start, we have the NIGHTSWORD RGB, a mouse that uses a custom PixArt PMW3391 sensor to deliver 1~18,000 DPI, configurable in steps of 1 DPI. One of the most interesting aspects of this mouse is that it includes a weight system, sporting six weights of two sizes. The difference between this solution and most is that Corsair’s iCUE software can tell which weights are placed where, tuning itself based on where the center of gravity is.

We happen to have both of these mice in the lab going through testing now, and the NIGHTSWORD RGB is the mouse we’ve put the most time into so far. As you can see in the shot below, the iCUE software does indeed show the weights, and we can attest that it’s very accurate. As soon as we removed one weight, the software instantly reflected the change. 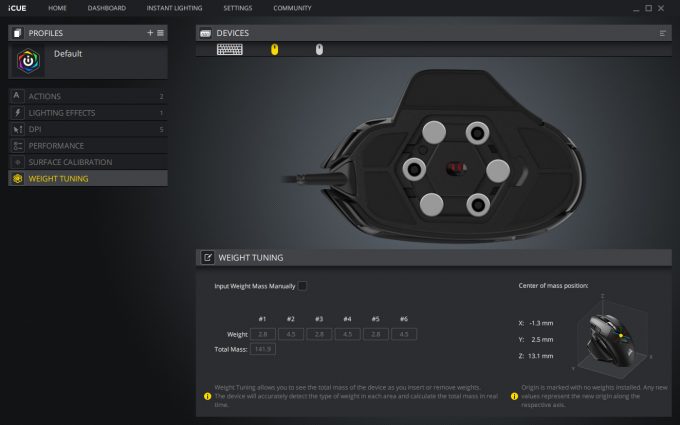 With these six weights of two sizes, Corsair says there are 120 combinations ready for you to try. Finding the “perfect” one is likely to be quite time-consuming, and require an incredible level of sensitivity on your part to truly spot the differences. It’s a very unique system, especially since the software is now aware of the weight configuration.

All ten of the mouse’s buttons are configurable, as are the four separate RGB zones. The thumb and palm rest have a cool textured surface, as does the mouse wheel, which feels good to scroll with. 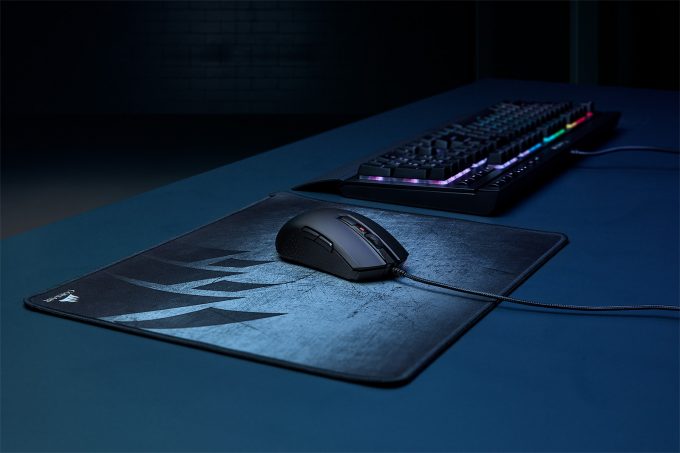 As for the M55 RGB PRO, it’s an ambidextrous option that looks similar to the HARPOON RGB we took a look at a few months ago. The main difference is that the M55 RGB PRO is a bit larger (a good thing in my personal case), and has two buttons placed on both sides of the mouse. This mouse can go up to 12,000 DPI, using the PixArt PAW3327 sensor, this time in 100 DPI steps. This mouse has two zones of RGB, versus the four of the NIGHTSWORD.

The NIGHTSWORD RGB is aimed at the competitive crowd, and is priced at $79.99 USD. The M55 RGB PRO comes in at half the price, $39.99 USD. You can stay tuned for our reviews on both mice soon.