Back at CES AMD told the world that its next motherboard, chipset, and CPU, would be the first consumer platform to make use of next-generation PCI express interconnects. At the time there was speculation about what real-world impact this would have. Worry not as Corsair was extremely eager to show off its monstrous 4950 MB/s SSD at this year’s Computex.

Hot on the heals of the AMD keynote (and we really mean it, just seconds after the keynote was finished) that saw the announcement of next generation Navi RX 5700 GPU, and the Zen 2 architecture 12-core Ryzen 9 3900X, Corsair sent out an email to the press that showed the fastest SSD on the planet (at least for now), leveraging the capabilities of AMD’s new platform.

PCIe 4.0 doubles the available bandwidth over PCIe 3.0, that’s been part of modern desktops for nearly 10 years. At first glance, there’s very few things that needed enough bandwidth to saturate PCIe 3.0, which is why it hung around for so long. However, with the explosive development of SSDs, and more specifically, NVMe SSDs, it was soon apparent that there would be a need for more bandwidth. 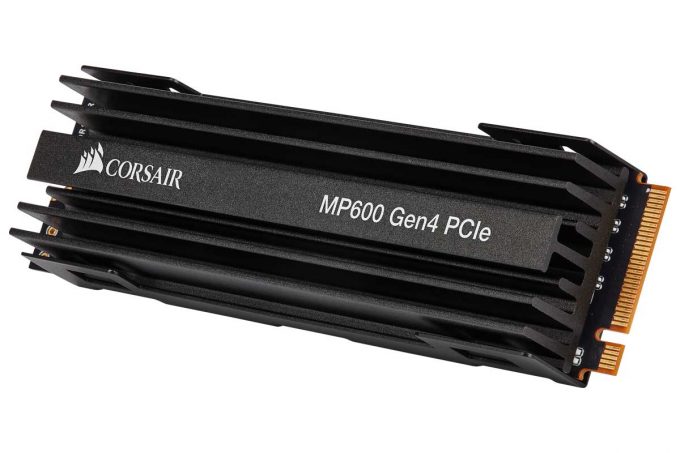 Corsair’s new MP600 is an M.2 SSD that will leverage the power provided by AMD’s X570 chipset, delivering nearly 5GB/s (gigabytes per second) in sequential reads, which is 10 times faster than SATA SSDs, and 50 times faster than classic hard drives.

The MP600 makes of 3D TLC NAND Flash, paired with a Phison PS5016-E16 controller. Judging by the heatsink that’s strapped to the M.2 frame, it looks like it’ll get pretty damn hot too, which is not surprising given the performance. Sequential read is one thing, but its write speed is no slouch either, at 4,250 MB/s in sequential write. 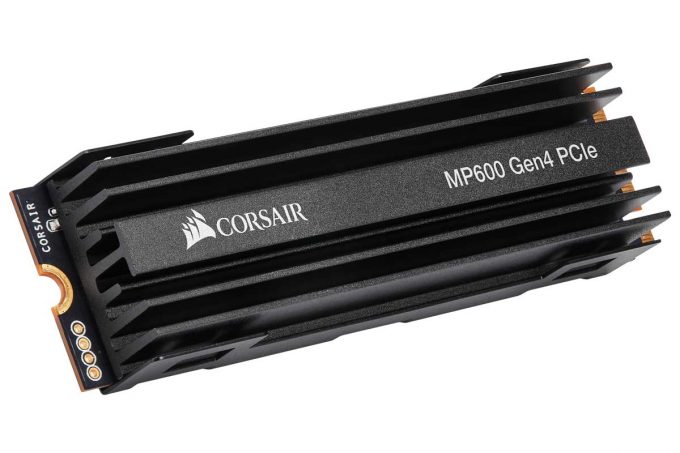 We don’t know what queue depths of 1 and 2 are like in random access, which is something that we’ll have to explore when we get a chance to review it. Corsair’s MP600 will launch the same time as AMD’s X570 platform and Zen 2 CPUs, which is in July this year. Currently no word on pricing and sizes (256MB, 512GB, and 1TB are quite likely though), but all drives will come with a 5-year warranty.

We fully expect to see other SSDs popping up over the next few months that will push the envelope for bandwidth, more  specifically, we can’t wait to see if there is a controller out there that could make use of all 16 lanes of a PCIe 4.0 bus.

It’s rare to see so much cool tech being released at the same time, and it’s a knock-on effect that’s cool to watch at this year’s Computex.