Just over two months ago, Micron surprised the tech world with its announcement of the ultra-fast C300 SSD. For a company that’s been almost perfectly quiet about its solid-state drive models, the C300 was just unexpected. The biggest surprise? The fact that it would become the first SATA 3.0-based SSD offering. Don’t think that’s not for a reason, either. After all, this thing does have a 350MB/s read.

I had a good feeling that the C300 wasn’t going to show up until the beginning of summer, but I was very wrong, and I’m glad for it. According to various rumors floating around the Web, the official launch is to be February 22. That means, that on that day, or mere days later, you’ll be able to purchase your very own. The amazing thing is that despite the ultra-fast speeds, the prices are actually kept somewhat sane.

For the 128GB model, you’ll be set back about $399, while for the 256GB model, you can simply double the price, to sit at $799 (I know that exactly double is $798, but give me a break!). Aside from the overall performance that these drives offer, other specs that make it unique is the mammoth 256MB cache and also its five-year warranty.

Personally, I can’t wait for this thing to be released. It will be the absolute first real reason to care about a SATA 3.0 port on your motherboard. Of course, PCI-E SSDs have far greater performance than the C300, but SATA drives are still undoubtedly the more convenient option. 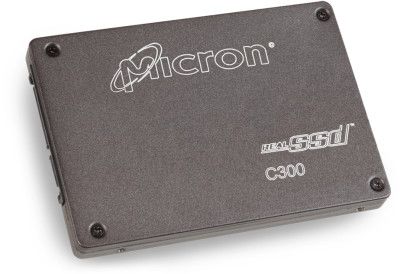 Micron is already shipping this amazing new drive to its OEM customers, but enthusiasts will have to wait until February 22 for Crucial, Micron’s retail subsidiary, to launch the consumer version of the drive. The 128GB version will sell for $399, while the 256GB version will sell for $799. The new drives also feature 256MB of DRAM cache and a five-year warranty. It will be available on Crucial’s website, as well as at retail and e-tail partners.