As expected, EA and Crytek today released a couple of patches for Crysis 2 that enables an ‘Ultra’ mode, DirectX 11 abilities, and the opening of an ‘Advanced’ graphics configuration menu. With these upgrades, the game becomes more like the original Crysis in terms of customization, and it’s nice to see. Many gamers believe that this functionality should have been present in Crysis 2 from the get-go, but better late than never, right?

To coincide with the new patches, NVIDIA has posted an exceptionally detailed page that tells you exactly what’s been added to the game. Not surprisingly, one addition is tessellation and displacement mapping, but going even further, parallax occlusion mapping and water volume have also been introduced. Of all these, it might be POM that impresses me the most. Here’s a large animated GIF that will show you the before and after. 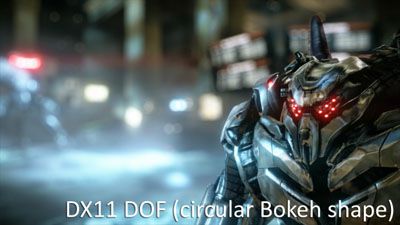 I admit that I didn’t much like Crysis 2 when I played it, and I gave up after about three hours due to sheer boredom. With this patch though, I am going to start the game again from the beginning and see if I was either overly harsh the first time through, or simply in a bad mood. Better graphics aren’t going to make the game more fun, but I’m still eager to see some of these effects in real-time.

Today’s update comes in the form of three patches, but if you are have the game through either EA’s Origin or Valve’s Steam platforms, then you should already have the basic upgrade (1.9). For those looking to add both the DX11 mode and also a high-resolution texture pack, you will need to download two separate installers to do so. NVIDIA has kindly hosted the files here, while Crytek is hosting them here.

If you have a stand-alone version of the game, you will need to install the Patch 1.9 first, and then the others. For those using Steam or Origin, you’ll be good to install the others in any order. Both installers should automatically detect how you have the game installed, and will install the necessary files without much user involvement.

If you guys give the DX11 mode a try, please let us know in our forum thread what you think!

Update: I’ve posted three before/after screenshots of the game in the thread below. You’re welcome to add your own if you take some!