If you’re a Cyberpunk 2077 who has been dying to see a major patch drop for the game, your wish has been granted today. While CD Projekt has been hard at work patching the game ever since its launch in December, today’s 1.2 patch is the first truly major update. In fact, the fix list is so long, you’ll probably want to pour a fresh cup of whatever you feel like drinking before reading through. 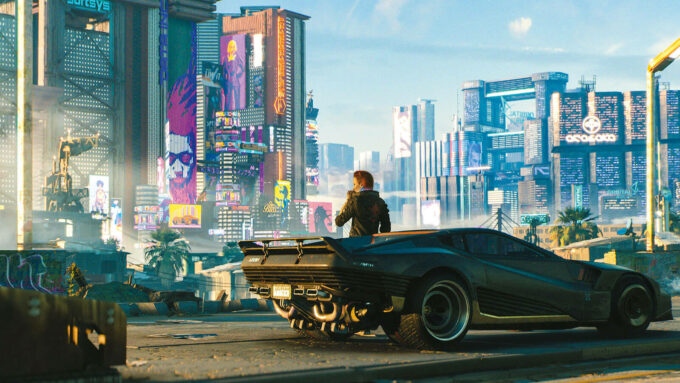 The 1.2 patch affects every platform Cyberpunk 2077 supports, with each having their own set of specific fixes for things that plagued only that platform. On the PC, the most notable change is added support for ray tracing when using AMD Radeon graphics cards – at least those that support it, which would include only the latest RDNA2-infused RX 6000-series cards. Naturally, you’ll also want to upgrade to the latest Radeon graphics driver to expect the best possible performance with this feature.

Keyboard bindings have received a lot of attention in this patch, with CDP adding even more options to assign a hotkey to, and now allows you to use the same key for opening and closing respective panels. For those using high-res monitors (4K and up), specific fixes have been applied there, as well. If you’re playing the game on the Epic Game Store, you’ll be happy to know that achievements now work.

Patch 1.2 for Cyberpunk 2077 is now live on PC and consoles! A version for Stadia will follow later this week.
The list of changes for this update is available here: https://t.co/gbDIp90CXG pic.twitter.com/gt64a8DPzW

The 1.2 Cyberpunk 2077 patch is a beefy one, which likely isn’t a surprise considering how much polish has been applied. Depending on how old your install is, you can expect the update to be anywhere between 20~40GB. If you have a slower internet connection, you’ll probably want to get started on the update right away!