Being one of the most notable game developers in existence, Blizzard often finds itself in the news, but these past few weeks have been a bit rough, to say the least. The company’s handling of matters relating to Hong Kong protests sure could have been better, with many fans still swearing off the company even if all of its decisions are reversed (many were).

The company’s annual BlizzCon is set to be held on Nov 1-2 in Anaheim, California, and based on the news that’s been floating around the web, a number of protests are planned. This could give the impression that BlizzCon is going to be a waste of time, but, there is one thing Blizzard could do in order to soften fan angst: announce Diablo 4. 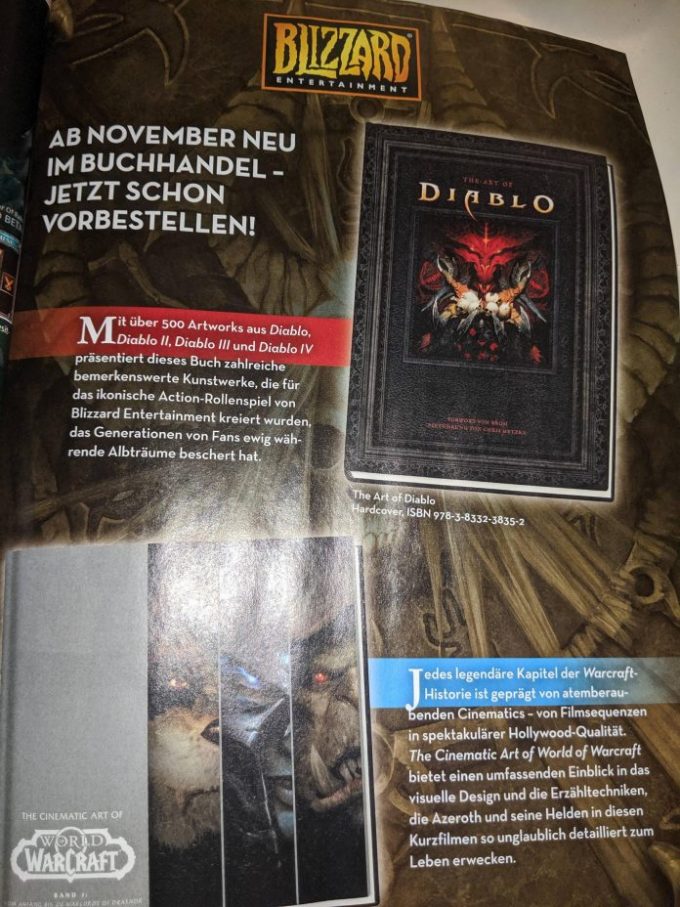 Well, that could happen, but it’d be wise to temper expectations, because it wouldn’t be worth hyping yourself up only to crash hard with disappointment after the event. What gives us a great clue of a pending announcement is an advertisement found in a new copy of German gaming magazine GameStar. On one page, an official artbook simply titled The Art of Diablo is shown, explicitly referencing material from the first four Diablo titles, including “Diablo IV“.

Given the timing of this advertisement’s release, and also BlizzCon’s schedule, it does seem like there is a healthy enough chance that D4 could in fact be announced at the event. If it was, it’d act as a contrast to the ire some fans will be feeling. We’re sure that Diablo IV being talked about would go over quite a bit better than bringing up the mobile-bound Diablo Immortal again.

Fortunately, it’s going to only take a couple of weeks before we have the full picture.