Anyone who has been reading our news section for some time likely knows by now that I’m not a fan of DRM (digital rights management) in any current form. It’s not that I support piracy, because I’m the stark opposite. I do fully believe that there is always a right way to do things, and also a wrong way.  But in the case of Ubisoft, it would take me years to properly construct my feelings on its most recent DRM implementation.

But, I’ll see what I can do here. I have been rather quiet about the DRM featured in Assassin’s Creed 2 and Silent Hunter 5 because it took me a while to even notice it. I knew there was a lot of hoopla about it, but never would I have guessed it was just so horrible, until I decided to finally give in and read up on it. Ars Technica took a good look at the DRM here and even managed to get some input from Ubisoft, which of course proved pointless in the end.

For those unaware, the latest DRM featured in both AC2 and SH5 requires a constant Internet connection in order to play. Yes, constant… as in a stable net connection 100% of the time. Why is this necessary? It’s so that your computer can essentially phone Ubisoft’s servers every minute or so to make sure you A) aren’t using an illegal copy of the game and B) haven’t edited/cracked any of the game’s files.

As a side note, for us at Techgage, this DRM would even rule out the potential for us to benchmark the game for our GPU reviews. We strictly have a rule of disabling the Internet on our test machines, but that’s impossible here. Unless of course, we cracked the game, but that’s impossible according to Ubisoft. Let’s just nevermind the fact that as of the time of writing, I see 50,000 people leeching the game on a popular torrent network. Oh, along with the crack.

One of the biggest arguments about Ubisoft’s asinine DRM is about the effects of the company’s authentication servers going down in the future. Well, we didn’t have to wait long, because it happened on Sunday, and yup, during that period, every-single person who owned a legal copy of the game was locked out. Sweet, huh?

What should you take away from this? Don’t buy Assassin’s Creed 2 or Silent Hunter 5. It’s that simple. It doesn’t matter if you were the biggest fan in the world of the previous games in these series… just ignore the latest release and don’t buy into this bull from some major company that’s bent on pushing its legal customers around like they are their prisoners. Of course I’m making a joke, because clearly no major fan of either series is going to skip over the latest iterations in order to prove a point. And what’s going to happen as a result? Other developers are going to see a “success”, and begin considering their own similar schemes.

Is this what we want the future of PC gaming to be? 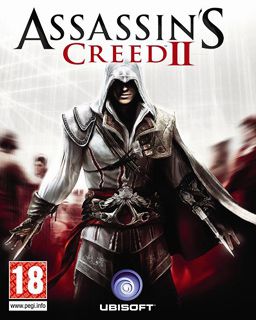 Silent Hunter 5 was released on Tuesday and just a few hours later a cracked version of the game was published on many file-sharing sites. Ubisoft, worrying that DRM-haters would download the game illegally, quickly responded to the news about the cracked DRM and released a statement in which they downplay ‘the issue’. “You have probably seen rumors on the web that Assassin’s Creed II and Silent Hunter 5 have been cracked. Please know that this rumor is false and while a pirated version may seem to be complete at start up, any gamer who downloads and plays a cracked version will find that their version is not complete,” Ubisoft quickly responded.