Due To Overheating, Intel’s Basis Is Recalling Every Peak Smartwatch Sold For Full Refund

Well, this was unexpected. In mid-June, Intel’s Basis received complaints of its Peak watch overheating, at which time the company immediately asked owners to stop wearing it until an updated firmware was released. Fast-forward to today, and the company admits that it couldn’t fix the issue. And, as it appears, Basis as a whole could be finished.

In an email that was sent out to customers (part of which can be seen below), Basis explains that despite its best efforts to fix the issue, it couldn’t be done without compromising the user experience – so much so that asking for the watch back with a full refund was the best option. 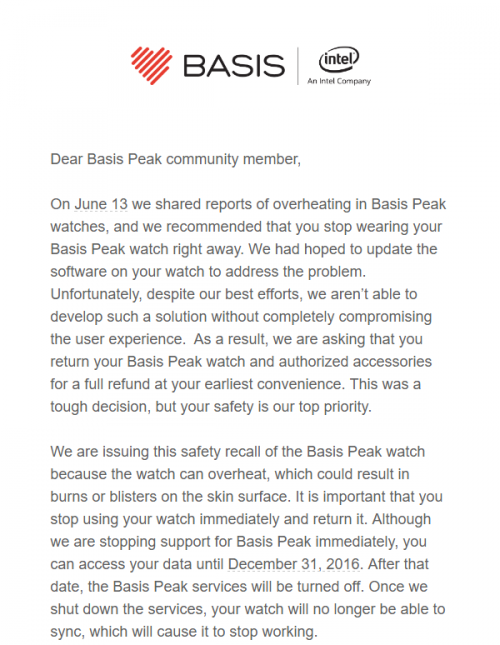 This isn’t something we see happen too often: a company asking that every single unit of a product it shipped be returned.

As an owner of a Peak watch, I can say that it’s served me quite well, and while I’ve found its UI to be a little frustrating to use sometimes, the watch’s sharp aesthetics made me forgive it. I personally never encountered an issue with overheating – or heat at all, for that matter. 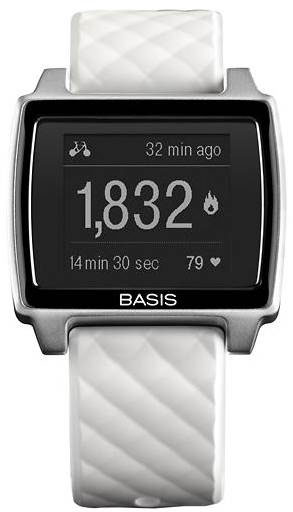 Customers who own a Peak will want to head to Basis’ support site and follow the instructions. Ultimately, you’ll receive a preprinted shipping label from the company, which will allow you to return the watch without cost to you. Once the company receives your watch, you’ll receive a full refund.

At the moment, Basis’ website is quite bare, with its online shop shuttered – as we’d expect. Whether this is the official end to Basis, we’re not sure, but it doesn’t look good when the company’s first and only product under Intel had to be recalled en masse.