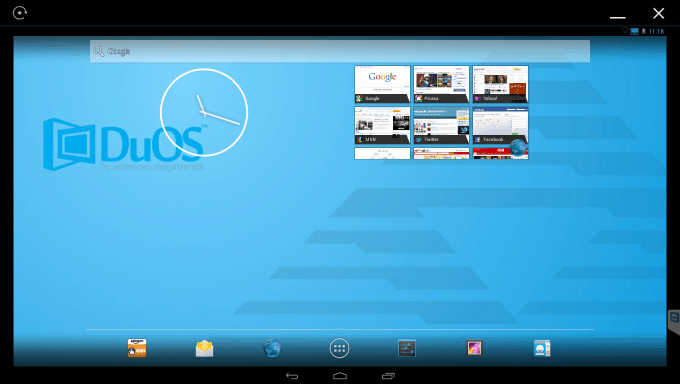 Fortunately for Windows users there are Android emulators on the market that make it is as simple as installing any other program out there. The AMIDuOS, or DuOS, is one such offering. The developer has been involved in the PC market since 1985 but you might better recognize them by the company’s full name, American Megatrends Inc. A company that has been an industry leader in BIOS and Storage Controllers, American Megatrends Inc. is now branching out into the emulator business.

The system requirements for DuOS are not very hefty, asking only for Windows 7/8/8.1 in either 32 or 64-bit flavor, a video card that supports OpenGL 3.0 or better and 2GB of RAM, and some hard disk free space. The only non-negotiable requirement is that the machine must have an Intel CPU. The reason for this is that the emulator takes advantage of Intel’s VT-x, better known as Intel’s Virtualization Technology. This limitation holds back AMD users in a big way though it might be necessary to get the best experience, something I will touch on a little later.