EVGA has today introduced two new motherboards, both of which target totally different audiences. First up is the Z77 Stinger, a mini-ITX offering that’s designed to support large GPUs, big overclocks and everything else an enthusiast would be looking for. At the moment, no pricing information is available for this board, with a “Coming Soon” message greeting those who check it out at EVGA’s online store. 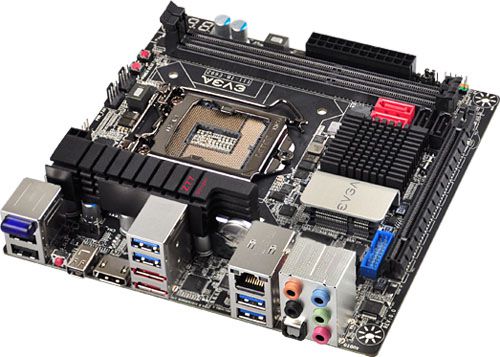 To say that the Stinger is a packed board would be an understatement, although it does lack one vital piece some might be looking for: WiFi. If that omission doesn’t matter to you, you’ll have a lot of other connectivity to take advantage of. This includes a total of 4x USB 3.0 ports, 2x SATA 6Gbit/s ports, 2x eSATA, Bluetooth and for video, mini-DP and HDMI ports.

For those looking to go the ATX route but don’t want to shell out $300 for EVGA’s full-featured FTW board, there’s $180 Z75 SLI. This is an interesting board for a couple of reasons, but what will catch most eyes first is the lack of PCIe slots. This is done on purpose, of course, and with its 3x PCIe x16 slots, EVGA recommends going SLI + PhysX. There’s a single 1x PCIe slot for good measure, just in case you want to add in your own audio or LAN card. 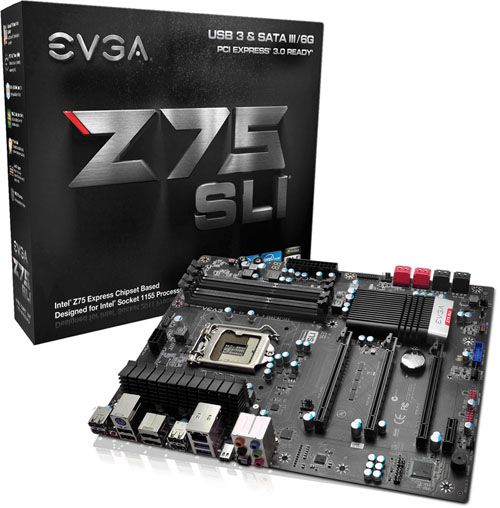 One nice thing about this board is that it offers 8 SATA ports, and 2 external if you count eSATA. Of these, 4x are SATA 6Gbit/s. While not exactly among the cheapest Ivy Bridge-bound boards, EVGA assures us that its Z75 SLI offers a great “bang for the buck”.

The Z75 SLI board is available now, and it’s expected that the Z77 Stinger will become available within the next month.