Over the past couple of months, I’ve talked to press peeps about what could be interesting at Computex. We all seemed to agree that this year’s Computex may not be the most exciting for performance hardware, only because we’re in between certain launches (CPU, GPU, etc). Other companies would have to step up and give us that “wow” factor, and with EVGA’s new ROBOCLOCKER, it looks like we’re in luck.

Liquid nitrogen is the go-to choice for extreme overlcockers, and while you have to be seriously dedicated to the craft to want to micromanage as much as you have to, it could be made easier. That’s where ROBOCLOCKER comes in, a Vince ‘K|NGP|N’ Lucido and Illya ‘TiN’ Tsemenko project that’s been in the idea stage for at least seven years. Finally, Lucido had enough of manually pouring LN2 into a pot, and the project finally came to fruition.

With ROBOCLOCKER, users will be able to directly feed LN2 into a block, negating the need to manually pour it into a pot. According to Lucido, this doesn’t just vastly ramp up the convenience factor, it also ends up wasting less LN2 (and the stuff isn’t exactly cheap), increasing efficiency. 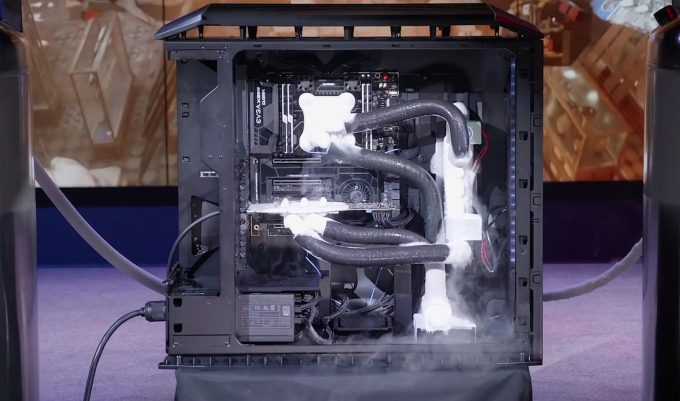 Just how effective is ROBOCLOCKER? Lucido quickly managed to break five records with it, seemingly with ease (for him, at least). The product supports both CPU and GPU, and in tests, a TITAN V could be cooled to -80C and clock boosted to 2300MHz, while the 18-core Core i9-7980XE could reach a staggering 5.7GHz at -95C. That’s an awful lot of horsepower – just the kind you’d want to break records. 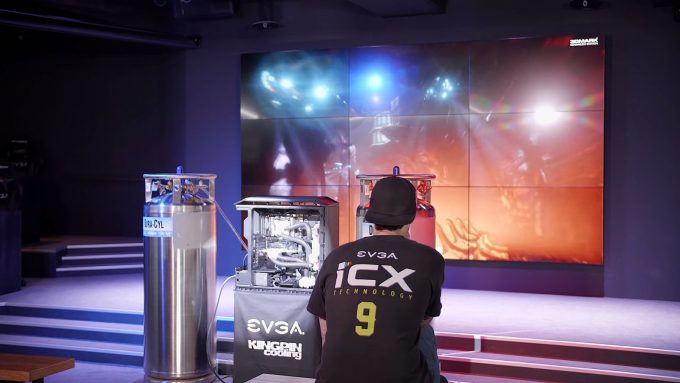 As hardcore as LN2 overclocking is, Lucido says that ROBOCLOCKER is designed to be as easy to use as possible for any user – though of course, you’d have to have good knowledge of overclocking to ever want to take yours to the next level like this, so it’s likely to be very easy for those who’ve used LN2 in general in the past.

There doesn’t seem to be a release date for ROBOCLOCKER yet, but we hope to find that out soon.