I’m not a sci-fi guy, and I certainly don’t need another MMO to play – so what’s the deal with me taking Trion’s just-released Defiance for a spin? Because I was sent a copy, and sometimes that’s all the reason I need. Plus, I do like the premise of the game, and figured that maybe… just maybe, I’d be drawn in. After about five hours of play, I can definitely feel a bit of a pull.

A proper review of an MMO game can’t be churned-out in a mere week, so I thought I’d jot up “first impressions” based on the first five hours I spent with the game. The interesting thing about Defiance is that it’s tied in with a TV show – something I’m not quite sure has been done before. If you happen to enjoy both the game and the TV show, you’re in for a real treat. 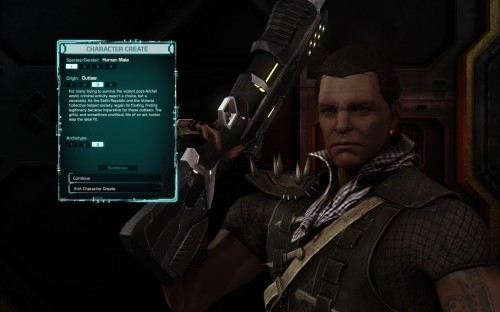 The game takes place in the San Francisco Bay Area, but it’s no SF we’ve ever seen. The earth has gone through a terraforming event, and along with a war caused by Aliens inhabiting the earth, most things have been left unrecognizable. At the outset of the game, humans and aliens have learned to live with each other – and even work with each other. As an “Ark Hunter”, your job is to search for advanced alien technology for Karl Von Bach, one of the game’s main characters.

Most MMOs use “classes” to help players decide which route to take with their character, but Defiance foregoes that and makes things pretty open-ended. You can choose one of four “Origins” and also whether to play as a human or alien (known as Votans), but from what I’ve seen so far, none of it really matters. As you progress, you will earn “EGO” points to spend on various perks. It’s how you use these points that define where your strengths are. 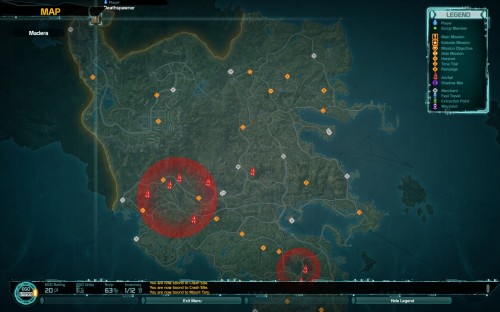 The lack of classes helps set Defiance apart from most other MMOs, but that’s not all Trion tweaked here. The game also lacks a traditional leveling system, which I admit is going to take some getting used to. As you progress, you will earn EGO points, as mentioned above, which correlate with your “EGO Level”. Some equipment is restricted to a certain EGO Level, so it is expected that this is what players will treat as the character level. It’s a very interesting mechanic, and one that is definitely going to require more playtime to truly understand.

Like a traditional shooter, Defiance equips players with guns of all sorts – pistols, launchers, sub-machine guns and so forth. Similar to the original Borderlands, the more you use a weapon, the better that weapon-type can become for you. You’ll earn perks as you kill, although it appears that it will take quite a while to reach the first level for any particular weapon-type. This is an MMO, after all. 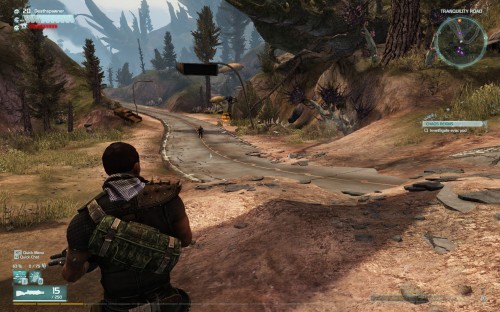 Because we have a vast landscape to traverse, vehicles play a heavy role in the game. Not long after you start your quest, you’ll earn your first vehicle, and taking advantage of it couldn’t be simpler. Pretty-well regardless of where you are, you can hit “V” to spawn your vehicle and then go off on your merry way. Like regular equipment, better vehicles can be acquired via different means.

So far, I’ve been enjoying my time with Defiance quite a bit. The world, to me, is quite believable, so it’s immersive as a result. The graphics are not the best my PC has ever seen, but they’re still quite good. The game is also available for the Xbox 360 and PlayStation 3, so yes, this could be considered a console port. There are really no graphics settings to tweak, which is a bit of a shame since Trion’s Rift has a boatload of graphics options.

I’m not usually big into story, but because the one in Defiance is so easy to follow, I’ve found it to add to the fun-factor a little bit. I can imagine once the TV show gets here, the story will only become better and more apparent. 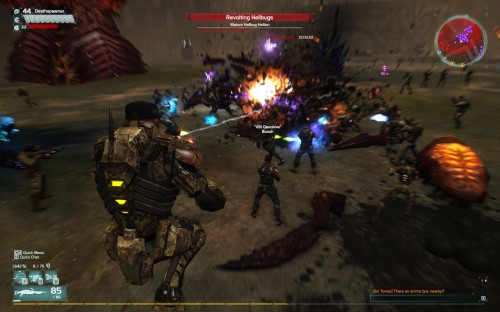 Up to this point, I’ve found game progression to be pretty smooth, and so far, I haven’t been left confused, wondering what to do next. On the map, quest icons lead you to quests you can currently do, and if you happen to spot an “Arkfall”, you can take a break from what you’re doing and go help with that. Arkfalls, like “Rifts” in Rift, are dynamic events where alien ships crash down from space. You and anyone nearby can help eradicate these aliens, and once finished, each person is rewarded based on their contribution. It’s a pretty fun mechanic.

At the moment, I can’t point out an obvious flaw in the game. So far, it’s been fluid, and lag hasn’t been an issue. I’ve also been steadily finding new equipment, and the quest lines have been pretty fun, though it’s nothing we haven’t seen before. What is a bit unique though are event markers that appear around the landscape which let you compete against others (indirectly) to see who’s the best at something. Racing along a path is one example. Even if you don’t place first, a small reward will be given to you afterwards. This is yet another mechanic that I’ll have to spend more time with to truly appreciate. 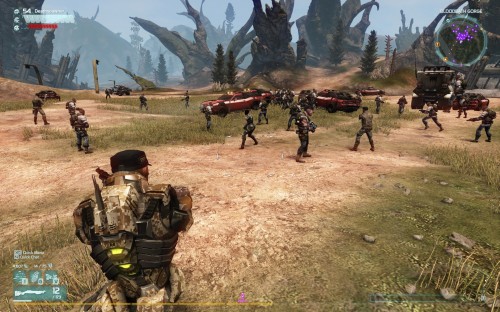 Because the game has no subscription fee, Trion has an in-game store where items can be purchased with cold-hard cash. Further, vendors in the game sometimes give you the option to purchase  items with real money or in-game currency. So far, I haven’t explored this too much at all, so I am not really sure if this will have some adverse effect on the game. While it’s unusual to see equipment for sale in an MMO for real cash, the fact that Defiance isn’t an ordinary MMO might negate potential issues. We’ll soon see, I suppose.

This is just a “first impressions”, so if you have any questions on things I didn’t cover here, please feel free to hit up the comments. You can expect our full review of the game in a couple of weeks.