First Thoughts Of Destiny 2 Based On The PlayStation 4 Beta

Since it seemed impossible to ignore, chances are you knew that the Destiny 2 PlayStation 4 beta dropped yesterday. It prefaces the launch of the beta for the Xbox One (which should be live as of the time of this post). PC? That beta comes later – stay tuned.

Having put close to 1,000 hours into the original Destiny on PlayStation 4, I’ve been a little more than excited for Destiny 2‘s upcoming launch, and likewise, the beta. After spending some time last night poring over what’s available, I have a bunch of thoughts to blurt out.

First and foremost, no one can argue that Destiny 2 is “pure” Destiny. If not for the fact that the UI has been overhauled, Destiny 2 feels more like an expansion pack than a completely new game. Whether or not that’s a good thing depends on your perspective.

I was hoping to see a more complex Destiny with this sequel, but at first glance, it seems that it will have no more depth than the original. Or perhaps even less, since it seems like the weapons won’t have variable rolls like they do in the original game, reducing (or removing) the allure of grinding for that better weapon. This would mean that we can expect there to be the usual lulls in between major updates, which would continue a big complaint from fans.

I should be clear, though, that I am basing a lot of this based on the beta alone, which is about as barebones as I’ve ever seen a beta. There’s a story mission to play through, as well as a competitive map, and Strike. Playing through all three things will take about an hour. 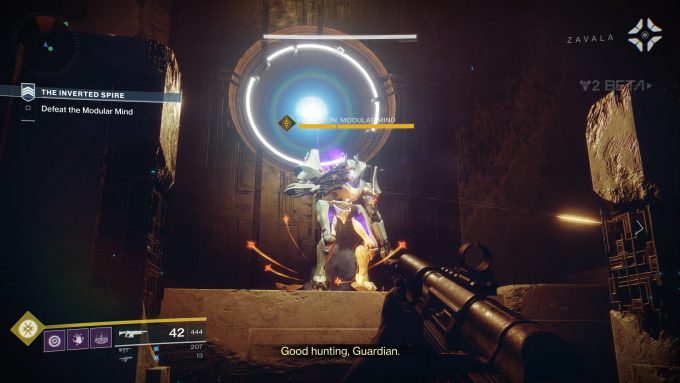 All characters during the beta are locked to level 20, so it’s hard to understand just how it is our Guardians are meant to feel like. In this beta, recharges take forever; not just supers, but grenades, too. I hope that this is a side-effect of the beta, and not being geared well enough, because if you’re familiar with the modifier “Trickle”, it feels like it’s enabled all of the time in this beta.

I’ve whined about 30 FPS a lot as is, but after playing last night, I was still left baffled at the fact that 60 FPS isn’t an option. The game is downright beautiful, yet it’s sluggish. Helping to make up for that is the fact that the effects have been improved; at times, the eye candy can be awesome. 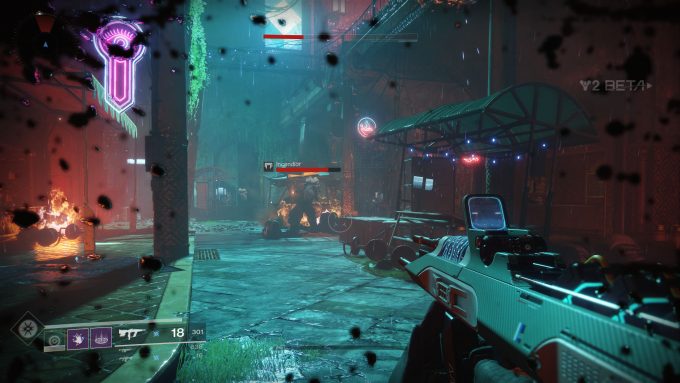 I have been a cynic of some of Bungie’s choices regarding Destiny 2, but I am trying to keep an open mind about what the game could become. I feel like this current beta serves no purpose other than to stress-test Bungie’s servers, because the content available doesn’t do much to give you an overall impression of the game. It’s more a demo than a beta, but that probably shouldn’t be a surprise since the game’s launch is still more than a month-and-a-half out.

I wish I was squealing from excitement at this beta, but I’m just left wanting to see more. I hate to sound so negative, but I can say one thing with certainty: I am sure I’ll still be soaking a huge number of hours into the game even so. But, the truth is, I could rant about a lot more than I decided to here. I’m just one person, as well. Most of the playerbase seems enthralled, so my opinion is not popular.

Is the beta worth playing? Without question. If you haven’t preordered the game yet, I’d recommend holding off for this weekend, when an open beta will kick off for both the PS4 and Xbox One. We’re still unsure about the beta for the PC version of the game, but to say it’s anticipated would be an understatement. The game is going to look downright stunning at high resolution and with higher framerates.