I’ve never been a big fan of god games, and with the last one I played being Black & White, it’s been a good ten years since I last touched one. But when a friend linked me to a From Dust gameplay video a couple of weeks ago, the game grabbed my attention, and I had a good feeling that my god game drought would be soon ending.

Being a geek, what captivated me the most was the game engine, which enabled the player the ability to sculpt the world to their advantage. With the main goal of each level being to get from point A to point B, I am sure you can understand the possibilities here. From what I could tell from the video, this game is one of the few “sandbox” titles that truly lives up to that moniker. 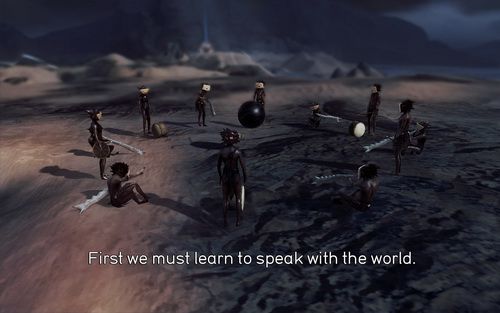 Let’s get an important factoid out there: this is a console-turned-PC game. There will be no tweaking of the graphics at all, save for the resolution, and the controls aren’t quite as fine-tuned as I’d hope a PC game to be. That said, what the game does offer in terms of graphics is good, with lots of eye candy to be enjoyed.

The game features two modes; single-player and challenge mode. Both are self-explanatory, and both add up to what’s sure to be a short game. The single-player mode offers 13 levels, and in the span of 45 minutes, I cleared through four. For a regular game, this would be a real bother, but as From Dust costs a mere $15, it doesn’t seem quite as bad. The challenge mode might even take longer than the SP mode, but as I have not touched it, I cannot say for sure. 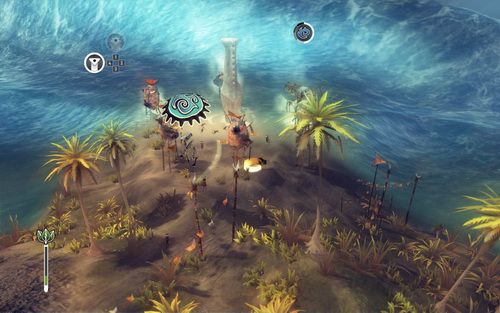 As a Nomad tribe, the goal in each level is to accomplish whatever it takes to reach the end temple, in order to continue on. To do this, you will need to sculpt the world in whichever way possible to let your tribe traverse the terrain successfully, and though water is the main roadblock, there isn’t one simple way to tackle each situation.

Screw up, and some of your tribe members might get washed away. Don’t reach a certain totem quick enough? Then your tribe’s civilization can be washed out by a tsunami. The world is cruel, which is why you’re in charge – to prevent any of this nonsense from occurring. 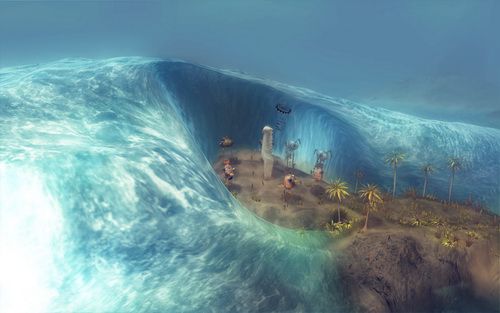 There are three main elements that you’ll have to deal with; water, sand and lava. Water can help change the terrain in certain ways, sand can create paths to make it easier for your tribe to travel, and the lava can be used to create walls or barricades. Almost always, you need to act fast, as the game timer isn’t too forgiving.

Special abilities can be unlocked when visiting special totems, although I am not quite up to snuff on how these can be used. One I unlocked, seen in the shot below, is “Jellify Water”, which allows you to turn all the water into a jelly – that can have life-saving effects given the proper situation. 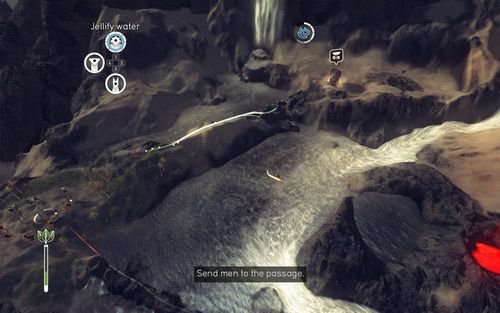 Despite this not being a genre I tend to think much about, I am liking From Dust so far. It’s fun having as much control as this game gives you, and with the amount of eye candy to be seen – not to mention fairly good audio, it’s quite good (so far). This isn’t a game built for the PC though, and it in fact feels like the Xbox 360 game that it is. That’s unfortunate, but not a deal-breaker.

What could be a deal-breaker is that the game features Ubisoft’s asinine “always online” DRM, in addition to a requirement of having an Ubisoft account to sign into. As always, Ubisoft continues its tradition of making PC gaming look so unappealing to console gamers.

Give From Dust a try yourself? Let us know what you think in our related thread linked-to below!