Gabe Newell Talks About the Effects of Steam Sales

At a recent conference held in Seattle, Valve’s Gabe Newell discussed some results of his company’s experiments with price variation with Steam sales and why pricing has little to do with piracy. This sort of disclosed information is interesting for the fact that Valve has always been a private, tight-lipped developer/publisher – Newell’s openness here is appreciated. 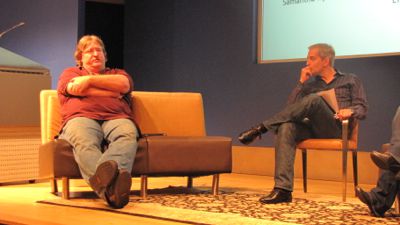 More than most other CEOs, Newell is open to producing various experiments to develop a better understanding of how things work – even if it means potentially losing revenue for a period of time.. The first such experiments were to vary prices up and down without advertising the fact. What the company saw was that the revenue generated was relatively constant. More copies sold at a lower price-point and less sold at a higher one – evening out the revenue.

But Steam has of course become famous for offering gaming deals that are almost too good to be true. What about those sales? It’s often been reported that Valve and its co-operating publishers take a loss on most sales that have drastic discounts, but Newell debunks that fact by stating in some cases, the revenue jump can increase to a factor of 40. “Not 40 percent, but a factor of 40.“

As mentioned above, piracy was an issue also brought up. When Valve entered the Russian market, competitors balked at the idea given that piracy runs so rampant there. But instead, Valve saw incredible results, leading Russia to become Valve’s largest European customer ahead of Germany.

As proven here, sometimes companies just need to think outside of the box. Perhaps the best quote from Newell has to do with DRM, where he states, “One thing that we have learned is that piracy is not a pricing issue. It’s a service issue. The easiest way to stop piracy is not by putting antipiracy technology to work. It’s by giving those people a service that’s better than what they’re receiving from the pirates.“