GIGABYTE Teases Us with its First Four X79 Motherboards

With Intel’s forthcoming Sandy Bridge-E CPU architecture launch looming ever-closer, some motherboard vendors have begun to preview some of their upcoming offerings. As has become a tradition of sorts, GIGABYTE is one of the first out the door, with a photo preview of its G1.Assassin 2, X79-UD7, X79-UD5 and X79-UD3.

Of all the boards, the UD7 might be the most interesting in terms of color-scheme – and so close to Halloween, too.  The UD3 might catch my eye the most as has no real color scheme at all, however (it’s hard to resist an all-black motherboard). Interestingly, it’s not the UD7 that has eight DIMM slots, or even the G1.Assassin. Rather, that privalege belongs to the UD5. I am sure there will be more 8-DIMM offerings from GIGABYTE coming, but of these preview boards, that’s an interesting thing to see. 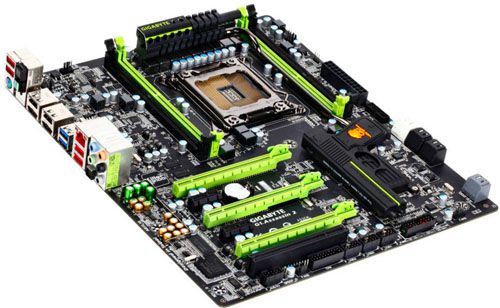 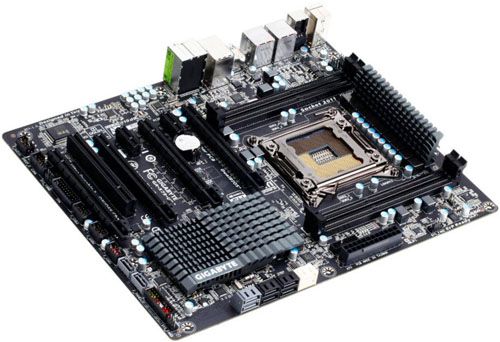 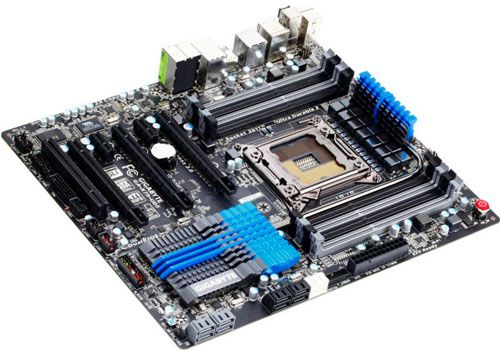 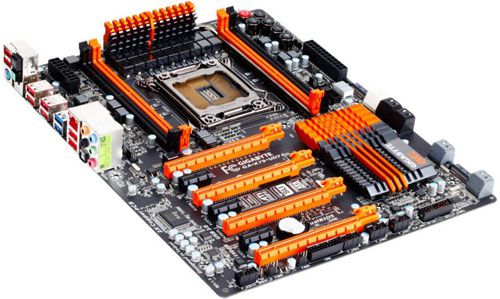 Overall, the upcoming line-up from GIGABYTE looks to be quite… colorful. This is the first time in memory that I recall GIGABYTE using orange on a top-end board, but it looks good. I wouldn’t say these boards are quite as sharp-looking as the company’s P67/Z68 offerings, although the large heatsink being used is interesting in its own way.

And as expected, the G1.Assassin 2 caters to the gamer, once again sporting a faux pistol being used as a heatsink, and a cartridge heatsink sitting atop the PWM at the top of the board. This is also a rather neat board, though I am already baffled by the fact that only six SATA ports are being offered. On a board that’s sure to cost as much or more than the other three, I would have expected to see more. Gamers have storage needs, too!

Either way, we look forward to getting one or more of these in the lab to test, and I imagine it’s going to take a while to get used to this new DMM layout. It’s interesting.