If you’ve been eagerly waiting for Google to spill the beans on its next Pixel phones, then you’re in luck today – even if some of those beans are still stuck in the can. Google today announces both the Pixel 6, and Pixel 6 Pro, along with a handful of unique features that will be hitting them both – when they launch later this year.

Here’s a sneak peek at the newest Google Phones powered by Google Tensor – the brand new chip designed by Google, custom-made for Pixel.

Both are coming later this year.

We’ll tell you a little about them in this 🧵 👇

Google decided to announce these phones first on social media, where the company has created a Twitter thread (click the above to get there) to drum up interest, one tweet at a time. A notable reveal is seen in the shot above – the back of the phone, which shows cameras being worn like a blindfold. The Pixel 6 Pro will include three cameras, including a telephoto (4x), while the Pixel 6 gets rid of the telephoto, but keeps the others. 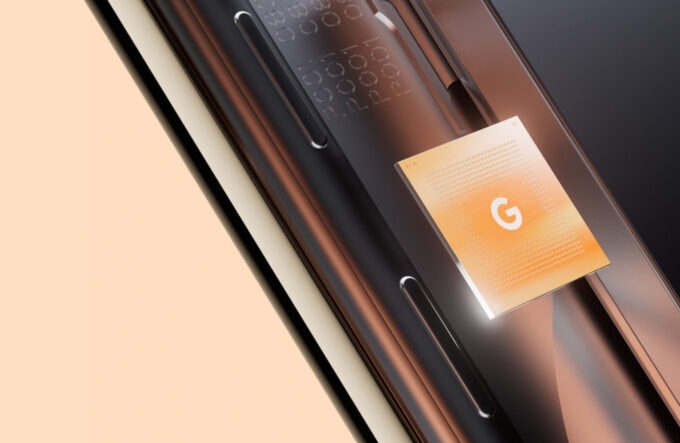 A reason Google may be announcing this phone months ahead of its launch could have to do with one of the most major aspects of the new Pixels: a new SoC under-the-hood. That SoC is Google Tensor, the company’s own smartphone processor that, as its name suggests, will include a Tensor accelerator to boost AI workloads – like voice recognition, video enhancement, and so forth.

We made a chip!#Pixel6 is powered by our first ever smartphone SoC: meet Google Tensor

At its Google I/O 2021 event, the company talked about Material You, a redesign that helps users make their OS better fit their style or tastes. Material You could feed off of your set wallpaper, and use the colors from it to set a system-wide theme that would be seen across all apps that are designed around it. A really great accessibility feature of Material You is the ability to manually control contrast, line width, and object sizes. Since Material You is contextually aware, no options you set should ever break an app’s UI.

Material You designs seen on the new Pixel 6

That’s about the extent of the information Google wants to share today, but the folks at The Verge had some hands-on experience, and had more information to share. Perhaps most interesting is the fact that the 6.7-inch Pixel 6 Pro will include a 120Hz screen, while the 6.4-inch Pixel 6 unfortunately knocks that down to 90Hz (which is still great, don’t get us wrong.)

While not all details have been laid bare, Google’s efforts with its new Pixels seems great so far. It seems clear that the company really wants to develop premium phones that people clamor to buy, and its new Tensor SoC could be something that will help with that. On that front, we’re really keen to see how this new Tensor will compete against the competition, especially in AI workloads. With a name like Tensor, you’d hope the AI performance would be market-leading – we shall see.