It looks like we can finally put another long-run rumor to rest, because Google has made it official that they’ve been working on their own OS, which currently goes by the name of Chrome OS. Like their browser, Chrome OS is going to be completely open source later this year, allowing developers to edit, tweak, and if you are like me, remove a line from the source code absolutely required for compiling because you don’t know what you’re doing.

When Chrome OS is launched, it will first target netbooks, and the focus will be on the Internet. The company has a goal to have a machine boot up within seconds, and essentially also allow you to check your e-mail within seconds. The OS isn’t going to focus on desktop applications, either, but rather cater to the cloud and utilize web-based apps. For a netbook, that sounds like a great idea, but I’m not so sure how it will fare if it’s ever ported to a desktop (although many will disagree with me).

The OS is, not surprisingly, going to be based on the Linux Kernel. It will however utilize it’s own window manager, which we can expect will likely mimic the Chrome web browser to some degree (not a bad thing). It’ll run on both x86 and ARM processors, and given the latter, we can also expect the OS to cater to various MIDs as well. Though that might be the case, Google stresses that this project is completely separate from Android, although both projects may overlap at some point.

The release is slated for next year, but it won’t be until early next year until we get a better idea of exact timing. The company is currently working with netbook vendors to release their product with Chrome OS pre-installed though, so it’s only a matter of time before we see just how great adoption will be. 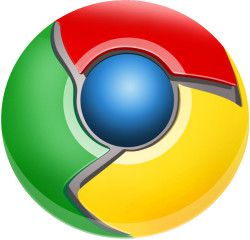 Speed, simplicity and security are the key aspects of Google Chrome OS. We’re designing the OS to be fast and lightweight, to start up and get you onto the web in a few seconds. The user interface is minimal to stay out of your way, and most of the user experience takes place on the web. And as we did for the Google Chrome browser, we are going back to the basics and completely redesigning the underlying security architecture of the OS so that users don’t have to deal with viruses, malware and security updates. It should just work.