Hurricane Sandy be damned, Google has today announced its much-anticipated Nexus 10 tablet and Nexus 4 smartphone. As we can now see, many of the rumors surrounding these two devices has proven true, with perhaps the most notable factoid being that both sport Android 4.2 (still referred to as Jelly Bean). Both products are interesting in their own right, but let’s start off with the Nexus 10.

The biggest thing to set the Nexus 10 apart from all other Android tablets is its resolution. At 2560×1600 (300 ppi), the tablet offers about 4.2 million pixels. By comparison, Apple’s iPad 3, featuring a 2048×1536 resolution, pushes 3.14 million pixels. It’s likely that Apple would have matched Google here if not for the fact that it had to stick to a 4:3 ratio. As a result of Google’s feat (well, Samsung’s, to be exact), its 10-inch tablet features the same resolution as many 30-inch desktop monitors. I still fail to see how this is necessary, but with Google backing it up, it seems to be becoming a trend. 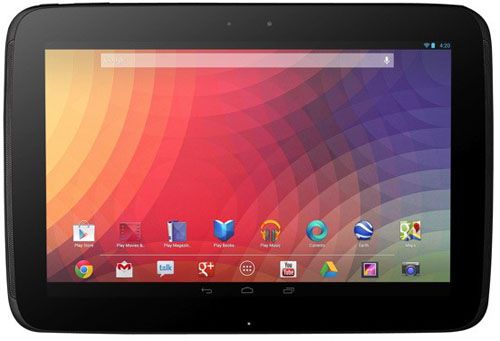 Unlike the Nexus 7, which was manufactured by ASUS and had an NVIDIA Tegra 3 powering it, the Nexus 10 is instead manufactured by Samsung and is powered by a Cortex A15 dual-core CPU at 1.7GHz along with a Mali-T604 GPU. Unlike most tablets, this one also includes 2GB of RAM and NFC (I am having a really hard time understanding the possible uses for this in a tablet, however).

Overall, it’s a rather attractive tablet, but the proof will be in the pudding once we can see some benchmarks and hands-on opinions. The 16GB Nexus 10 is being sold for $399.99, while the 32GB model carries a $100 premium.

Onto the Nexus 4, Google’s new flagship smartphone. As mentioned above, this will become one of the first products on the market with Android 4.2, and it promises to be quite snappy thanks to its use of a Snapdragon S4 Pro 1.7GHz dual-core processor. The phone features a 4.7-inch display using a 1280×768 resolution (320 ppi). It has an 8 megapixel camera at the back, and a 1.3 megapidel at the front. 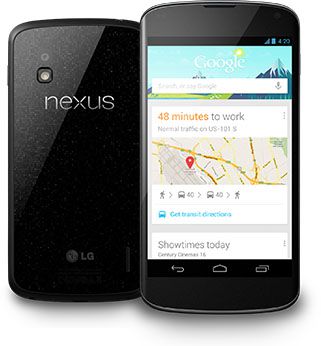 The phone will be sold for $299 for an 8GB model and $349 for 16GB, and as these will be sold unlocked, you’ll have the freedom to choose a carrier if you don’t wish to get into a contract. GSM, 3G and HSPA+ networks are all supported.

Both the Nexus 4 and Nexus 10 will be made available on November 13, and currently there isn’t any way to pre-order them. You can read more about the Nexus 10 here and the Nexus 4 here.