How does 743,000 random read IOPS sound? Not wanting to be left out of the PCIe SSD renaissance brought about by NVM Express, HGST has unveiled its Ultrastar SN100 PCIe drives with truly impressive performance. The SN100 is primarily targeting datacenter and enterprise deployments and of course will include native NVMe support. 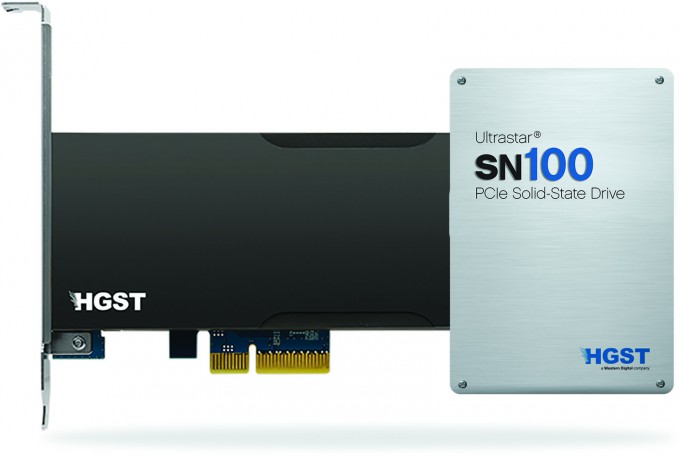 The SN100 will be offered in both HH-HL PCIe card and a 2.5” SFF form-factors utilizing PCIe Gen 3 x4 capability. Random read 4K IOPS is a staggering 743,000 with 160,000 for writes. Translated into throughput that ends up being 3,000MB/s for sequential reads and 1,600MB/s for sequential writes. Continuing the trend of ridiculously large numbers HGST will offer the SN100 in 1,600GB and 3,200GB models for the PCIe card variant, and an additional 800GB option only available for the 2.5” model.

Pricing is not mentioned but all drives will carry a standard five-year warranty. Given the enterprise nature of the SN100, enthusiasts will likely find the Intel 750 or Samsung SM951-NVMe pricing more palatable, nevermind the drives will probably be easier to acquire. Nonetheless, the SN100 is a true beast even amongst solid-state drives and is the first card to break the 3GB/s read mark. Given the PCIe Gen 3 x4 interface itself has a theoretical max of 4GB/s, it appears that the upcoming PCI Express 4.0 standard can’t get here soon enough!