Thanks to a tease issued by Valve last week, we knew that the company would be showing off something VR-related at this week’s Game Developers Conference – but who would have ever guessed that it’d be teaming up with HTC, of all companies?

Called Vive, the joint project sees Valve’s tracking and input technologies mashed together with HTC’s engineering talent and ability to bring hardware to market. It’s a unique pairing, but with so many of their direct competitors already being knee-deep in the VR realm, it does seem to be a logical choice. 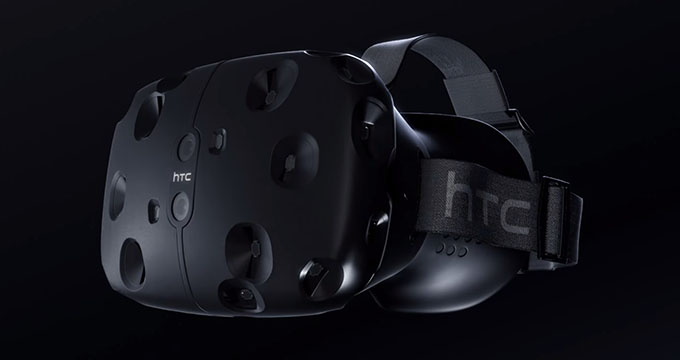 HTC is building Vive up to be a major step forward for VR, which has become typical of pretty much every other VR vendor out there. But both HTC and Valve have Oculus in its sights, and don’t plan to release a product that has no chance to outshine it. Of course, we won’t know just how successful the end hardware will be in that challenge until it gets released. The final product is expected to launch later this year, while a developer edition will be made available this spring.

With “Full Room Scale 360 Degree Solution with Tracked Controllers”, Vive will allow people to explore environments, inspect objects, and interact with surroundings. This doesn’t sound groundbreaking to me, but what matters most is just how well the overall experience has been made – it’s do or die, and the vendor that manages to “perfect” the technology (as well as can be right now, at least) will enjoy true success. That said, the promise of 90 FPS content does sound awfully nice.

In addition to designing and manufacturing the headgear, HTC will also be handling development of the ‘VR Controller’. Given this, it gave me the idea that HTC could also be involved in manufacturing the final Steam Controller, but as that really isn’t suitable for VR, it’s probably unlikely.

Are you a VR developer, and happen to be at GDC? If so, you can head here to request a demo. Doing so will also connect you to Valve for consideration when developer kits are released.