Incidences of Child Hackers On The Rise

Meet little Billy. For his twelfth birthday, his parents bought him a shiny new desktop computer. Billy recently learned how to steal your identity, while his parents thought he was doing homework. Are you prepared for Billy?

This DailyTech article details a bizarre but growing phenomenon among young pre-teens, some of whom are turning to cyber-crime to impress their friends, harm their enemies, and even make money. While you might not suspect that children as young as nine (!) would be involved in such schemes, cyber-crime investigators are finding an increasing number of young adolescents committing such crimes as identity theft and credit card fraud online. 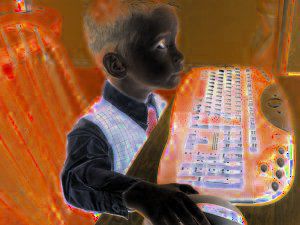 "They want to be famous," Boyd says. "Not just known among their peers for their technical knowledge, but ‘American Idol’ famous." It is a scary thought that if kids are able to do these things at such a young age, just what may they be capable of later on in life with such a strong desire for fame.