Ugh, what’s happening to radio? There’s been a lot of doubt hovering around radio broadcasts for a while, but the truth is, they seem to be just as alive as they ever were, even with the advent of the Internet and streaming services. Many people love driving to work with the radio playing, and others refuse to dial-in to the Internet to listen to a “fake” radio station. Well, it seems one of the best radio stations out there is changing things up, and it doesn’t look good on radio as a whole.

Indie 103.1 FM, a popular Los Angeles radio station, has decided that they’ve had enough with recent changes in the radio industry, and how stations are measured. They’re tired of feeling the pressure to play “too much Britney, Puffy and alternative music that is neither new nor cutting edge“. Amen to that. Indie 103 is one of the few radio stations I listen to on a regular basis (via streaming, I live nowhere near LA), simply because of that. They play music you wouldn’t hear on mainstream radio, and that’s why myself, and many others, found ourselves attracted to it.

The station doesn’t care about how large an artist is, or what part of the world they’re from… it just has to be good music. They’ll play mainstream music as well, but again, it has to be good, and I respect that thinking. Luckily for fans though, they’re not going away completely, but have rather shifted their broadcast into an online-only format. Hopefully this will be temporary, and the industry can improve enough to revert the stance, but that’s unlikely. This is the music industry we’re talking about. 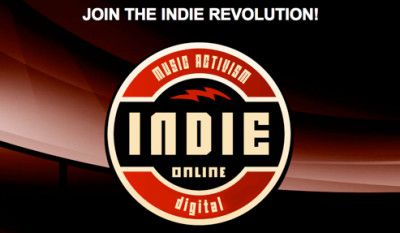 Indie 103.1 will cease broadcasting over this frequency effective immediately. Because of changes in the radio industry and the way radio audiences are measured, stations in this market are being forced to play too much Britney, Puffy and alternative music that is neither new nor cutting edge. Due to these challenges, Indie 103.1 was recently faced with only one option – to play the corporate radio game.