It’s not all too often that we report on rumors, but this latest one is a little too juicy to ignore. It’s a secret to no one that AMD has been waging a great battle against Intel since the release of its Zen architecture, and with each new iteration, the company’s made great improvements to both the single- and multi-threaded performance. Meanwhile, we’ve been waiting for Intel to deliver something that outright amazes us, and by all appearances so far, Alder Lake might be able to pull that off.

According to leaker Raichu, the 16-core Core i9-12900K is going to deliver a huge uptick to single-thread performance, and could end up beating AMD’s offerings in multi-thread, core-for-core:

We felt compelled to go deep into our benchmark crypt and unearth this now ancient version of Cinebench to give it a quick run on AMD’s Ryzen 9 5950X, and our scores were 9,648 for multi-thread, and 619 for single-thread. Based on this benchmark alone, Intel’s single-thread advantage is nearly 31%, which is massive, to say the least.

That all being the case, however, our previous benchmarking has shown that AMD’s Zen 3 architecture fares a lot better in Cinebench R23 than it does R20, thanks to modern optimizations. Ideally, this leak would have revolved around that version instead. It will forever mystify us why outdated benchmarks are so often used for these leaks instead of updated ones that actually reflect the current state of the software they’re based on. 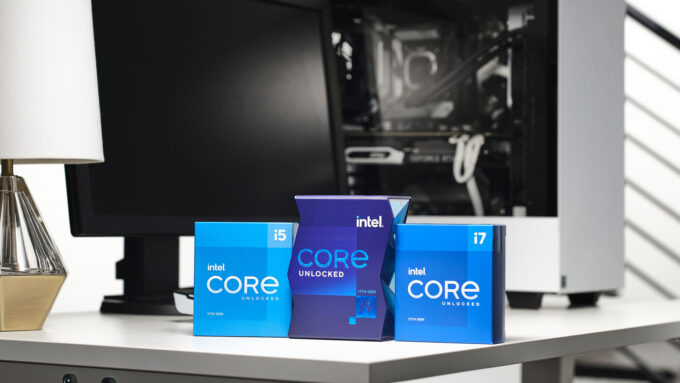 Nonetheless, even if we ignore AMD here, Intel is outperforming itself by a similar margin in this test, vs. the eight-core i9-11900K. In real use, we’ve found that the 11900K has really great single-thread performance (based on app usage), so to imagine it even 25%+ faster sounds really quite amazing.

Aside from performance, Intel’s Alder Lake is going to be an interesting architecture for other reasons. Taking a page from the book of big.LITTLE, Alder Lake will feature both high-efficiency and high-performing cores, allowing the OS to use whichever ones are best for a given task. That kind of design would make it seem like Intel couldn’t possibly topple AMD, but the leak above clearly insinuates otherwise.

Beyond that, Alder Lake will also bring DDR5 and PCIe 5.0 to the masses, and also introduce an updated GPU with Intel Xe. As you can probably imagine, all of these changes mean that you can’t simply toss one of these upcoming 12th-gen chips into your current motherboard. Instead, there will be new motherboards sporting an LGA1700 socket.

We’re not entirely sure when Alder Lake will drop, but given the hint of its performance above, we’re eager to get our hands on it.