Intel has just kicked-off its 12th-gen Core series with three desktop models, along with an IGP-less version of each. Due to shipping delays, we’ve yet to benchmark the architecture formerly known as Alder Lake, but based on what we’re seeing around the web, first impressions are good. Even some reviewers who tend to be more critical than the majority have seemed to welcome the new series with open arms. 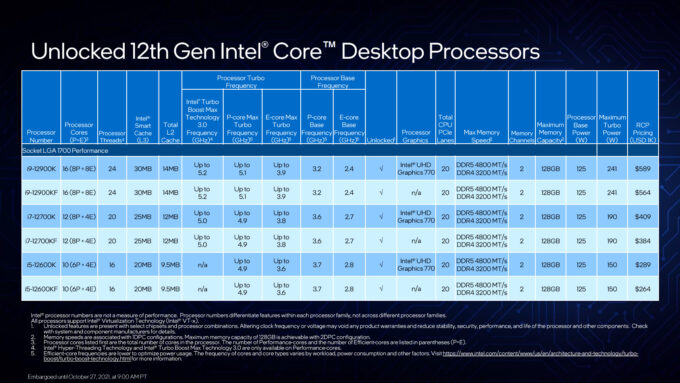 As we covered in our Alder Lake sneak-peek, the 12th-gen Core architecture is vastly different than what we’ve seen from Intel before, with all designs featuring two types of cores. The top-end i9-12900K, for example, includes eight performance cores that are joined by eight efficient cores. Only the P cores have HyperThreading support, giving the i9-12900K a total of 24 threads. 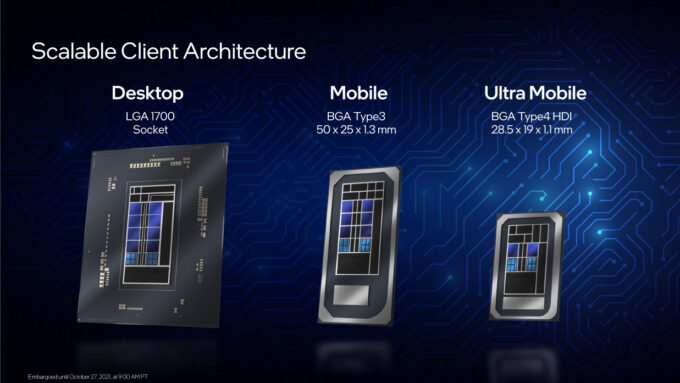 Leading up to this launch, the effectiveness of Intel’s hardware-based Thread Director was up-in-the-air, but today, with other reviews available, it seems that the feature works pretty well. There can be some caveats, however, but nothing that seems to be a roadblock. In any case, you’ll want to be using Windows 11 with Alder Lake, because it’s currently the only OS with proper optimizations for the unique (for desktop) architecture.

In case it’s not clear enough: you don’t want to be using Windows 10 for Alder Lake, and unfortunately, the same largely applies to Linux. Our friends at Phoronix saw great performance in certain scenarios, but noticed sporadic behavior in others, especially gaming. Without OS awareness, processes that should be on the high-performance cores may find themselves on the slower efficient cores instead. Intel does plan to improve support in Windows 10 later, and we’d expect to see the same for Linux.

On the topic of performance, we’re already seeing overclocking records broken with these new CPUs, which has become standard fare for pretty much any CPU launch. However, with DDR5 added into the mix, we’re seeing some seriously high numbers. 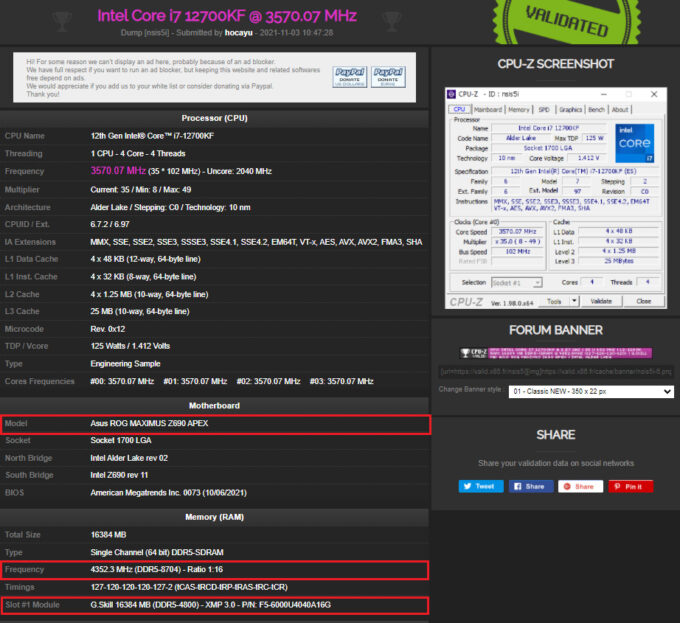 Yesterday, GIGABYTE’s HiCookie managed to take Intel’s new top-end 12th-gen chip to a staggering 8GHz (exactly). HiCookie also managed to push a single stick of DDR5-4800 to DDR5-8300 speeds, which is downright incredible for launch. Today, though, G.SKILL shot out an email to say that extreme overclocker hocayu pushed one of its sticks to DDR5-8704!

It’s great to see launch DDR5 memory prove to be seriously overclockable. We’re almost seeing clocks double their rated speed, and it seems clear things will only get better. For today’s launch, it’s really only DDR5-4800 and DDR5-5200 that we’re seeing kick around, although multiple vendors have promised future kits up to DDR5-7000. With that in mind, it feels like DDR5-10000 extreme overclocks might be possible down-the-road, which is pretty crazy to think about.

As mentioned above, we have our performance look planned for next week, so stay tuned. We’ll have a lot to talk about.