When Intel launched its first Arc discrete GPUs in late March, the company’s entire focus was on notebooks, and the Arc 3-series in particular. In the time since then, availability of equipped notebooks hasn’t seemed to improve much (or at all) on these shores, but the story is a bit different for Asia, where it’s seemingly not too difficult to procure one of the initial Arc 3-equipped models.

The desktop launch of Arc has the same trajectory, having just launched the first desktop-bound version in Asia, with a new landing page being posted to Intel’s Chinese website (Google Translate). 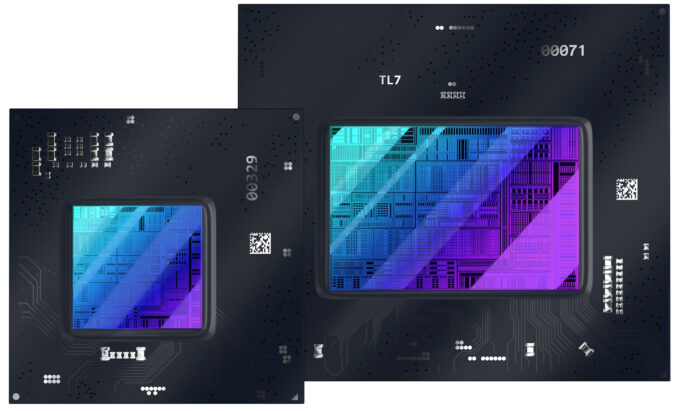 While most people reading this are going to have wanted to see Arc launch in North America first, or at least at the same time, we’ve known about this move for a couple of months, via a Lisa Pearce blog post. In that post, it’s noted that the first Arc 3-series GPUs will target system builders, while general retail availability will follow. At some currently undetermined time, the company will begin to make the GPUs available globally.

It might not seem ideal that Arc is still out of our reach on these shores, but this launch does give us a bit of insight into what we might be able to expect from the rest of the desktop lineup. Some have wondered if the desktop SKUs would share identical specs to the mobile parts, but that might not be the case. Take a look at the new Arc A380 among its mobile brethren:

The Arc A380 is closest in spec to the A370M mobile part, but memory density is increased by 50%, as is the memory bus width. Perhaps even more notably, the base GPU clock is far higher than any of the mobile parts, at 2GHz. That should mean that all of the SKUs higher than it will end up being clocked even faster, although even if clocked the same, every other important performance spec would get a boost, too.

At 75W, the closest competitors to the Arc A380 in terms of power usage is AMD’s recently-released Radeon RX 6400, and NVIDIA’s last-gen GeForce GTX 1650. It’s hard to say if we can gauge performance based on power alone, but we’re sure it won’t take long for in-depth performance comparisons to surface. 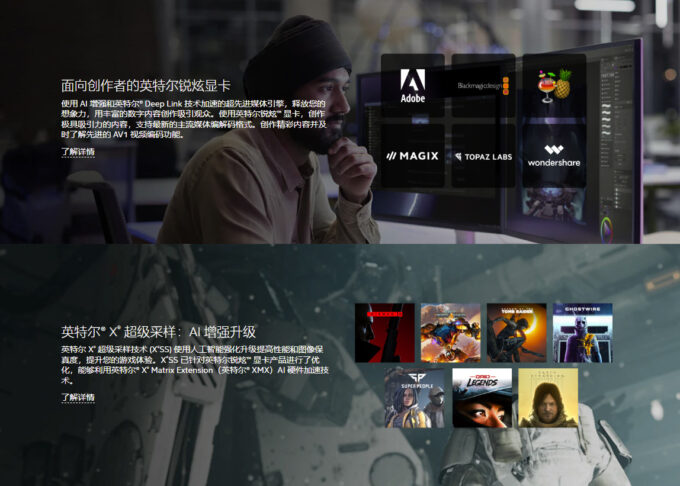 Intel’s primary focus for its desktop-bound Arc GPUs has been gaming, but the company is also taking creator-type workloads seriously, which isn’t just good, it’s important. On the Chinese site landing page (linked earlier), Adobe, Blackmagic Design, HandBrake, MAGIX, Topaz Labs, and Wondershare are all listed as compatible solutions, so that gives us a bit of an idea of what to expect compatibility-wise as the GPUs inch closer towards our shores.

Also worth noting is that the page talks about Intel’s Arc Control application, which will be a jack-of-all-trades configuration tool for Arc. Perhaps not surprisingly, that currently seems tied-in with the actual graphics driver (as AMD’s Radeon Software and NVIDIA’s GeForce Experience are).

Ultimately, while it’s not ideal that we’ve still not seen Arc desktop GPUs (or mobile GPUs in any significant quantity, for that matter) on these shores, it is good to see the ball’s still rolling – and to be fair, we had a good heads-up about the launch happening first in China. Hopefully, it won’t be too much longer before we hear about a global rollout. To say we’re pretty eager by this point to give Arc a thorough test would be an understatement.