Intel released some big updates to its workstation-focused Xeon W processor lineup last week, with refreshed and new models built around the company’s 10nm Ice Lake architecture. The feature set of Xeon W isn’t much different from the server-bound Xeons, aside from the fact that they are designed for single-socket machines. Xeon W effectively competes with AMD’s Ryzen Threadripper PRO. 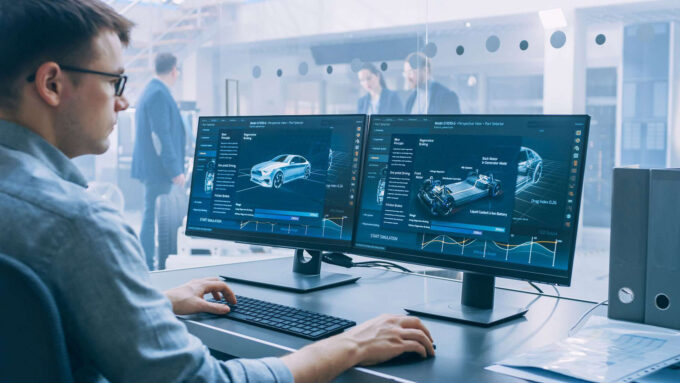 This launch somehow went under our radar until now; we only noticed thanks to a marketing email from a vendor that will be deploying these chips soon. Once we saw this email, we had to do a double-take, because we were finally seeing the previous 28-core max broken through, with new 32- and 38-core models being made available.

Compared to what we’ve been used to on the desktop and workstation side, the core counts of the the top chip, at 36 with 76 threads, is a bit strange, but as long as it’s efficient, that’s what matters. The oddest number might be the amount of cache: 57MB (1.5MB per core). All five of the new SKUs support 64 PCIe 4.0 lanes, and up to 4TB DDR4-3200 ECC memory.

Not surprisingly, the new chips that sport the highest all-core peak clocks are those with the fewer core counts, with all three of the bottom CPUs able to hit 3.7GHz. All of the SKUs, aside from the entry W-3323, can hit 4.0GHz top turbo, while that W-3323 settles not far behind, with 3.9GHz. 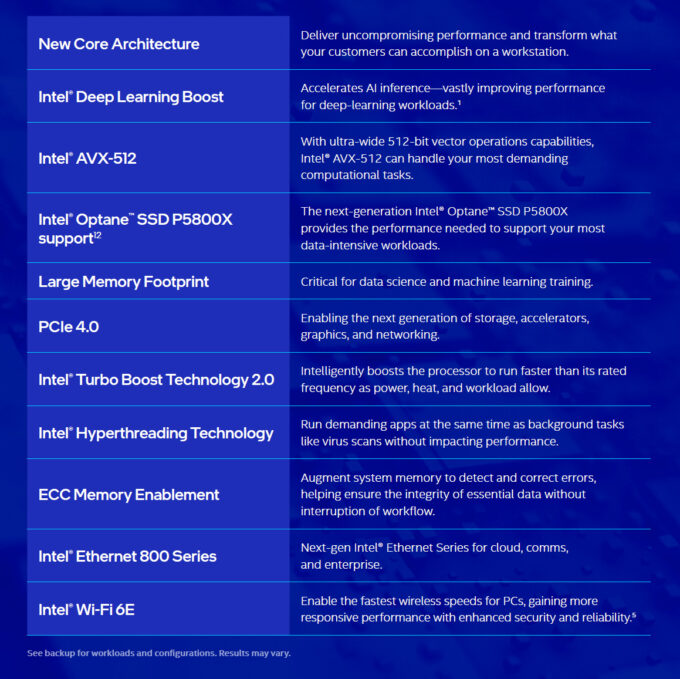 It’s important to note that Threadripper chips with the same core counts as the PRO variants can be had for cheaper (while losing some features, like eight-channel memory), and the same is true for Intel: a less-expensive Xeon W would be the Core X series. That said, Intel hasn’t released a new Core X processor in over a year-and-a-half, so we’re hopeful we’ll see that lineup get the Ice Lake treatment real soon.

While some previous Xeon W models have supported PCIe 4.0, this launch marks the first time that the feature has been made available on Intel’s top core count chips. On the bandwidth note, and as mentioned before, this new platform supports an eight-channel memory controller, capable of handling up to 4TB. That’s a bump from the previous-generation’s peak of 1TB. 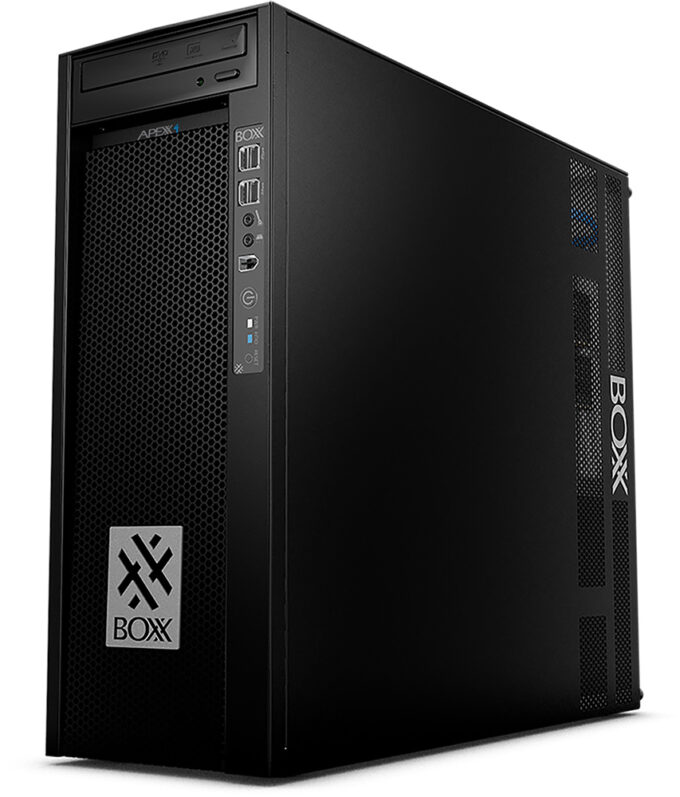 Compared to the previous-gen 28-core Xeon W-3275, Intel says the new 38-core Xeon W-3375 is up to 26% faster in rendering with Autodesk Maya, 20% faster for video encodes, and up to 45% faster in multi-threaded workloads. The company also notes that it’s largely faster, core-for-core, over the competitive Threadripper solutions, but as our friends at AnandTech have shown, that really depends on your workload. All things considered, though, these new chips do look like a nice step up over the previous generation.

Previous generation Xeon W lineups have had more than five models, so we’d expect some other lower core count variants to come along at some point. With the server-bound Xeons scaling up to 40 cores, we can’t help but wonder if there may be a special Xeon W SKU down the road to match that.

In any case, we’re glad to see Ice Lake make it into more of Intel’s product stacks, since it really does feel like it’s been a long time coming. We still can’t help but be really eager for refreshed Core X-series SKUs, though!