Intel may be struggling with getting its 10nm processors out the door, but in other markets, the company is apparently making some great progress, and signing some huge deals. Last year, the company acquired Israel’s Mobileye for $15.3 billion, and while Intel has dabbled in many markets it ended up pulling out of, it looks to be in a great position here. Mobileye tech is already found in the vast majority of vehicles with a driver assistance system, which sure helps.

In a deal with an unknown European automotive manufacturer, Intel will deliver tech to at least 8 million vehicles, starting in 2021. That’ll be the time when the company’s most robust platform will be released, called EyeQ5 (EyeQ4 is currently pending a release). 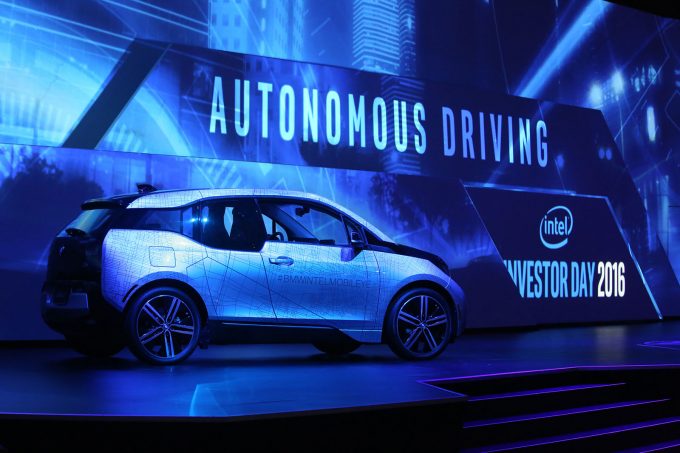 It’s hard to guess which brand Intel’s teamed-up with here, but with 8 million cars on tap, and there only being so many European automotive brands that could easily support that, it’s probably not going to be hard to guess – not that a correct guess is going to mean anything at this point.

Similar to Tesla’s current autonomous options, Intel’s in 2021 isn’t going to be a full-blown level 5 solution, but may be better than level 3. That level of autonomous driving would allow owners to chill in simpler driving conditions, like in cities. As we’ve recently seen, though, the technology isn’t bullet-proof, so whatever winds up gracing these 8 million cars is going to come with the stipulation that your eyes can’t be taken off of the road.

Mobileye’s CEO Amnon Shashua says that by 2019, 100,000 level 3 cars will have his company’s tech installed. Currently, level 4 is being tested with the help of Ford Fusions at the Mobileye’s Jerusalem HQ. The difference in quality between level 3 and 4 is that the former assumes the driver is going to be attentive, whereas 4 is smart enough to negate the effects of a slow-reacting driver in most conditions. Level 5 would offer complete autonomous driving, with capabilities matching a real driver (or at least someone who drives like they’re supposed to).