Hot on the heels of AMD’s launch of its third-gen EPYC processors (our deep-dive here), Intel has just made it clear that more competition is coming – in the form of the third-gen Xeon Scalable series. The company has announced that it will be launching its new series on April 6, and starting at 8AM PT that day, you will be able to tune into a stream filled with commentary from Intel execs – including the new CEO, Pat Gelsinger. 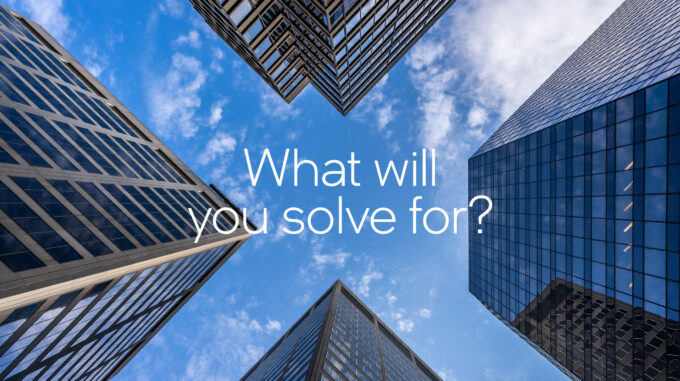 Intel is teasing this series by asking “What will you solve for?”, while saying the new series is going to target data centers, 5G networks, and intelligent edge infrastructure. Joining Gelsinger for presentations is EVP and GM of the Data Platforms Group Navin Shenoy, CVP and GM of the Xeon & Memory Group Lisa Spelman, as well as others focusing on IOT, AI, HPC, Cloud, and 5G.

The launch of this third-gen Xeon Scalable series doesn’t come as much of a surprise, as Intel itself said that it’d be launching earlier in the year, and there has been a fair number of leaks (even if modest) that have tipped it off. There’s lots we don’t know about this next series, so we thankfully don’t have very long to wait before Intel can give us all of the goods.

Exciting things are happening on 3.23.21! Please join me for a business update and webcast address on the new era of innovation and leadership @Intel. https://t.co/QHyvY4s2jh pic.twitter.com/meuRXcqq74

Naturally, we’re hoping to see some models with greater than 28 cores as part of the new lineup, although that will only be the start of the improvements we could see. This latest gen will be built around Intel’s most advanced Ice Lake architecture, one that you’ll notice we haven’t even seen on the desktop yet. There’s been lots of rumor surrounding the new Sapphire Rapids platform that we’d like to see (eg: PCIe 5, DDR5), but we can’t be confident in anything until Intel makes things official.

If you’re interested in tuning into Intel’s Xeon Scalable presentation on April 6, you can head to either this landing page or Intel’s newsroom portal.

Note also the tweet above from CEO Pat Gelsinger. Tomorrow, another presentation will be given to provide a business update and introduce a “new era of innovation and leadership”. You will be able to check this out at 2PM PT tomorrow (March 23) at the same newsroom URL above.