Intel To Launch Three Nehalem-based CPUs by End of Q408?

It’s still a bit early to instill confidence in rumors, but this one seems reasonable. Industry-tracking site DigiTimes is reporting that by the end of the year, Intel will launch three different processors based on the Nehalem microarchitecture. The fastest model will debut at 3.2GHz, similar to today’s LGA775-based QX9770, while the others will be clocked at 2.93GHz and 2.66GHz.

If history is any indicator, Intel will launch the 3.2GHz part first and label it as part of the ‘Extreme’ series. After some time has passed, they’ll follow-up with the lower-clocked offerings, which are still likely to be priced higher than current Yorkfield mid-range offerings.

As we are already aware, the X58 chipset will launch at the same time as the first processor’s launch, which will end what we know as the FSB, thanks to the introduction of the QuickPath Interconnect architecture. As for further specifics, such as pricing and model names, that won’t be known until later this year, though leaks are sure to happen before then. 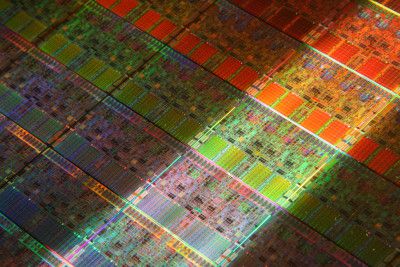 In other news, Intel has updated its processor schedule in will begin to phase out its Core 2 Extreme QX6850 and 6800 after July this year, the sources revealed. Additionally, the performance-level quad-core Q9550 and Q9650 will both phase out in the first quarter of 2009. Intel will leave its quad-core Yorkfield processors for the mainstream market and their life cycle will not end until the end of fourth quarter 2009.