Looking to build or purchase a Sandy Bridge PC? After an announcement made by Intel today, you may want to hold off. According to the company, the chipsets that support Sandy Bridge (H67/P67) have launched with a fault that can cause storage issues down the road. Whether that means the SATA capabilities just die, or the drives themselves become affected, we’re not sure.

According to Intel, “the Serial-ATA (SATA) ports within the chipsets may degrade over time, potentially impacting the performance or functionality of SATA-linked devices such as hard disk drives and DVD-drives.“, so while it seems like most people will be fine, it’d still be good to be careful with an upcoming purchase, or even with a current rig.

The solution, unfortunately, is hardware-based, not software. Intel has fixed the issue and has begun sending out these fixed chipsets, but due to the fact that manufacturing doesn’t happen that quickly, it won’t be until April when motherboards begin to ship with the fixed chipsets.

This issue, while seemingly minor for the most part, is going to be a major headache for consumers. Those who purchased and built Sandy Bridge PCs are now at a loss of what to do, and those who planned on building one are now left to wait for a few more months. It’s unknown what the RMA policies from vendors such as ASUS and GIGABYTE will be to reflect this, but we can hope it’ll work out to the consumer’s favor.

For more insight into this issue, I recommend checking out Anand’s article linked to below. 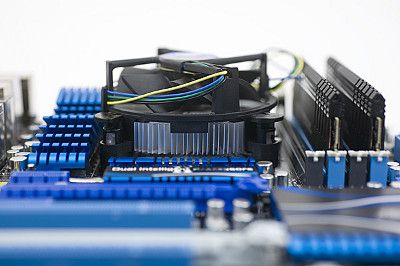 Intel mentioned that after it had built over 100,000 chipsets it started to get some complaints from its customers about failures. Early last week Intel duplicated and confirmed the failure in house. Intel put together a team of engineers to discover the source of the problem. Based on the timeline it looks like it took them a couple of days to figure it out. Intel then spent a few more days trying to understand the implications of the issue. Finally, late last night, Intel decided the only course of action would be a recall and it halted production of its 6-series chipsets.