As we covered back in March, Intel’s first Arc-based graphics cards have arrived – but only in mobile form, so far. From the get-go, we knew that it’d take a bit of time for the first notebooks equipped with Arc to actually hit the market, and around mid-April, we began to see them pop up in some parts of Asia.

We’d love to say that availability is improving on these shores, but that doesn’t seem to be the case quite yet. That said, PCWorld managed to give a reference notebook a test, and all the folks there had to do was travel to Intel’s Jones Farm campus in Portland, Oregon. That reference notebook is based off of MSI’s Summit E16 Flip Evo: 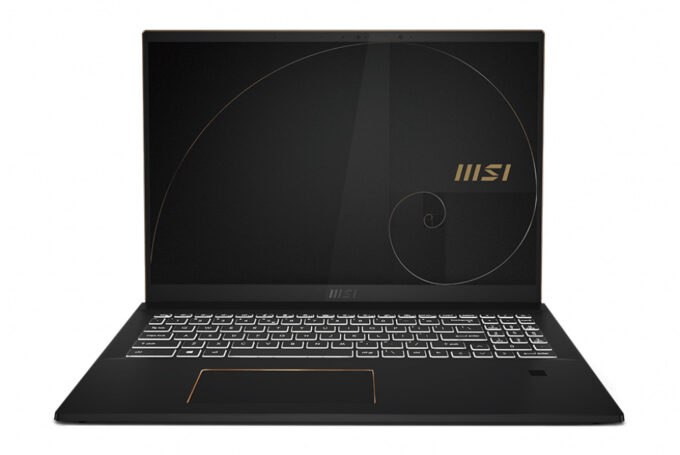 The GPU found in this reference notebook is Intel’s current top-end of its bottom-end – the Arc A370M. This chip sports 8 Xe-cores, representing a total of 128 execution units. Despite being a lower-end SKU, it still sports some ray tracing cores. Its memory configuration is a bit modest, at 4GB behind a 64-bit bus, but for the target performance level of the GPU, that may not matter too much. Like every Arc mobile GPU, the A370M can be configured for varying power levels – anywhere between 35 and 50W, in this case.

What PCWorld has seen so far from the performance aspect looks hopeful, with the below DX12 Time Spy test in 3DMark showing the GPU pulling ahead of NVIDIA’s mobile GeForce RTX 3050. 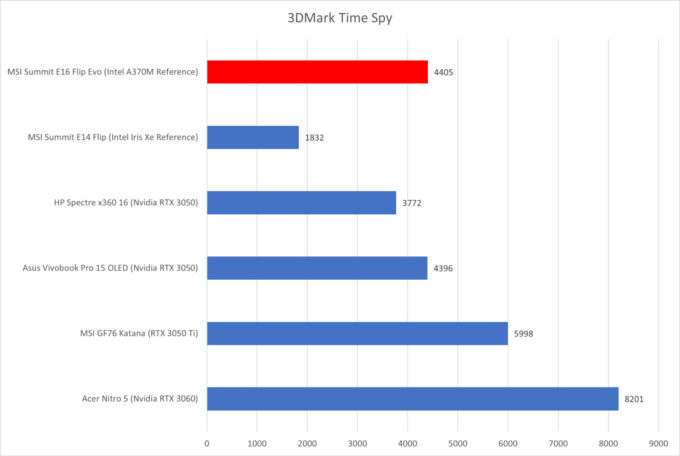 Unfortunately for Intel, another thing this chart highlights is the fact that NVIDIA’s next-step-up, RTX 3060, delivers an entirely different performance level – nearly double the RTX 3050. That said, it’s not as though Intel’s A370M is where the fun and games end – there are 5 and 7 series GPUs to come.

In the other benchmarks tested in this batch, Final Fantasy XIV: Endwalker showed the A370M to place just behind the RTX 3050, while the strength was reversed in Shadow of the Tomb Raider. Interestingly, a ray traced title by way of Metro Exodus was tested, which showed the A370M again place just inches behind the RTX 3050. That said, we’re talking about performance of around 20 FPS at 1080p, so clearly, that game is not a great fit for either GPU.

One performance result that genuinely impressed us was Topaz Video Enhance AI, which showed that the A370M easily beat out the RTX 3050 – from 187 seconds, to 134 seconds (lower = better).

Overall, while Intel is no stranger to graphics, the launch of the discrete Arc GPUs is undeniably ambitious, and based on the performance we see so far, things appear to be shaping up nicely. What we see here bodes well for Intel’s higher-end SKUs, and while AMD’s and NVIDIA’s top-end options may not be the focus for this first generation, it’s good to get a hint at the fact that the mid-range will be well taken care of.

More than anything at this point, we really hope to see retail laptops hit the open hands of reviewers soon, so that even more in-depth testing can be done. It’d even be great to see AV1 encode tests being done, even if there are no GPU competitors that can be compared against (yet). Likewise, hopefully it won’t take long to see the Arc 5 and 7 series trickle out to market, as well.