Intel might be taking its good ole time bringing an 8-core desktop processor to market, but it sure hasn’t been resting on its laurels where its server parts are concerned. This past fall, the Santa Clara company rolled-out its E5 v2 lineup, which followed-up to the E3 v2 parts released in 2012. Now, it’s time to release the truly big guns – the parts that mean so much business, it’s hard to put it into words.

It’s time for Xeon E7 v2, dubbed “IvyTown”, and based on Ivy Bridge. 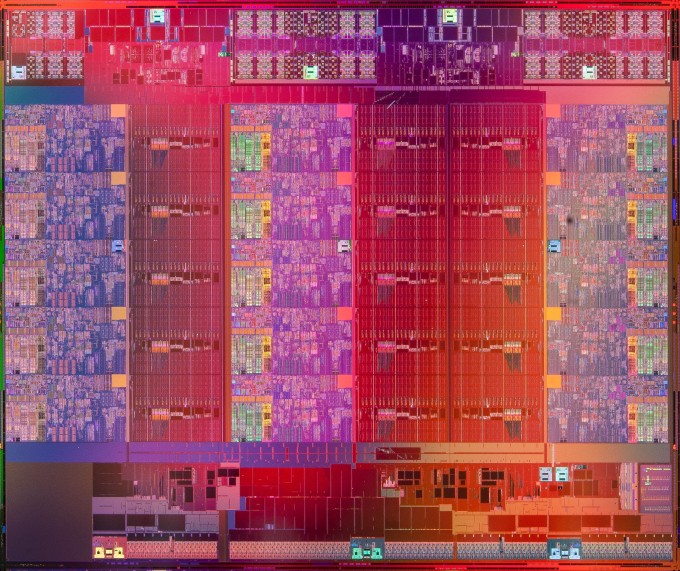 Prior to E7 v2, the beefiest Xeon Intel offered featured 12 cores and 24 threads. With this latest launch, those values have been boosted to 15 cores and 30 threads. That alone is impressive, but consider the fact that we’re talking about chips that have more than 4 billion transistors under the hood, and chips that can be paired in configurations of 2, 4, and 8. Mind-boggling? Yes, and I love it.

As an Ivy Bridge derivative, E7 v2 is built using a 22nm process, an upgrade from 32nm. Perhaps more notable than that though is the fact that select models feature up to 37.5 MB of L3 cache. Here’s another mind-boggling fact: 37.5 MB isn’t exclusive to the 15-core models; even a 6 and 10-core are being made available with the same cache density (granted, their prices reflect it).

Westmere-EX supported up to 16 DIMMs per socket, whereas Ivy Bridge-EX upgrades that to 24 DIMMs. What’s more, 64GB modules are now supported, which would allow up to 1.5TB of RAM per socket to be installed, for a total of 3TB in a 2-socket server, 6TB in a 4-socket, and 12TB in an 8-socket.

Other enhancements include the upgrade to DDR3-1600 supported RAM, up to 3x 8.0GT/s QPI interconnects per socket, 32x PCIe 3.0 lanes per socket, and a slew of new enterprise features that were first introduced with E5 v2 this past fall.

The current E7 v2 lineup is as follows:

There seems to be an E7 v2 for everyone and their dog, which is to be expected given the unexpected demands of the configurations that these chips will fall into. It’s nice to see that Intel didn’t want to release just a couple 15-cores; instead, there’s 10 to choose from, the least-expensive of which is the E7-4870 v2 at $4,394 (2.30GHz, 30MB L3).

Interested in real benchmarks performed on these new chips? Look no further than here.