Well, I have to admit that I wasn’t expecting this… at least not so soon. Just earlier this week, I linked to a story which showed off Larrabee’s impressive computational performance – it beat NVIDIA’s highest-end GeForce GTX 285 by at least a factor of 2. Of course, such metrics don’t easily equate with what we could expect from the gaming performance of the card, and as it appears now, it seems like there was a reason that Intel was giving off GPGPU numbers and not graphics performance numbers.

According to Intel spokesman Nick Knupffer, who spoke with CNET, the company has decided to pull back its projected launch of the discrete graphics card, and has instead decided to turn what it has now into a software development platform, for both internal and external use. There’s been no new projected date for what we had all hoped to see, a discrete card, and as a result, many are considering the project to be dead.

That might be the case, and at this point, I’m really uncertain what use a Larrabee software platform would have. It could be that Intel wanted to have something to show for all of its efforts, rather than delivering nothing at all. Either way, the company’s failure to deliver a discrete graphics chip is disappointing, as even though we all expected a slow start to things, having more competition in the graphics card market would have been nice to see.

It’s especially disappointing since Intel has been talking a fair bit about Larrabee over the past few months. At its Developer Forum this past September, it had showed off the chip’s real-time ray tracing capabilities, which as a whole was a rather lackluster showing, but it was something. Then just last month at the Super Computer 09 conference, it boasted about Larrabee’s computational performance. With these recent Larrabee showings, it seems that this decision to cancel the discrete card (for now) was made rather quickly.

When the software development kit is set to be released is unknown, but I’m not going to be too surprised if it never shows up at all. If Larrabee is indeed dead, then Intel is going to try to just let it die from people’s minds. ATI and NVIDIA have nothing to worry about for quite a while, it seems. 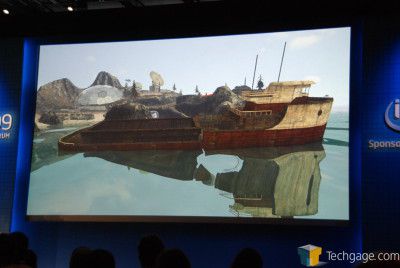