IRS Urged To Levy Taxes On Economies of Virtual Worlds

One aspect of real-world societies that translates extremely well into the virtual world is economics, with many MMOs boatsting thriving economies where players buy, sell, barter, and trade with one another, in a currency with a specific  denomination and uniform value.

Ars Technica reports that with games like World of Warcraft, Second Life, and even Ultima Online showing continued strong popularity among PC gamers, the IRS has begun to look at the feasibility of taxing in-game transactions between players, consisting of weapons, trinkets, character adornments/costumes and other items of various in-game usefulness (which, in the case of Second Life, includes sex toys). According to a report published by Taxpayer Advocate Nina Olson on the IRS’ web site, virtual online economies are an “emerging area of noncompliance” that the IRS should “proactively address”. Tax policy currently covers the exchange of real (the operative word here) money for the virtual currency of a particular in-game world, but Olson’s report cites the burden of tracking and reconstructing a paper trail for these transactions as the primary difficulty in “help[ing] taxpayers comply with their tax obligations”.

The collective response from a number of commentators is, “Oh, is that the best you can do?” And indeed, we can think of a number of other ‘difficulties’ the IRS may run into, such as what to do with all that virtual money, which is valueless unless converted back into a real-world currency. Perhaps the U.S. government plans to spend the additional virtual revenue on funding its cyber-counterterrorism efforts? And what about the small matter of ‘taxation without representation’ — will Mulgore finally get a seat in the U.S. senate? There are much less far-fetched ways that the IRS can benefit from the growth of in-game economies than actually attempting to tax in-game trade, prizes, and winnings, such as simply taxing the conversion of real-world currency to game currency, though even this seems tantamount to taxing the tokens won at Chuck E. Cheese (which can also be exchanged for ‘goods’, mind you). 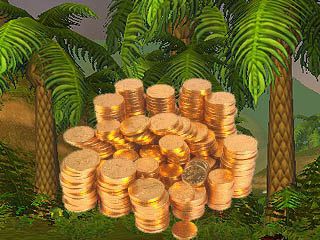 This isn’t the first time the concept of taxing virtual worlds has come up. Since at least 2003, people both on- and offline started looking at the tax implications of virtual economies, and Dan Miller, senior economist for the congressional Joint Economic Committee, started entertaining the idea of taxing MMORPGs in 2006 after diving into the world of online gaming himself.