Is Microsoft Bringing Windows 8 to ARM?

Microsoft might have the most popular desktop OS on the planet, but things are a bit different on the mobile side. There, Microsoft’s competitors have been holding down the fort quite well, and it’s been Redmond doing all of the catching up. The launch of Windows Phone 7 did do well to reinvigorate some of the excitement around a Windows mobile OS, but others still continue to dominate.

What could Microsoft do to help penetrate itself even deeper into the mobile segment? If one rumor is to be believed, it could have something to do with supporting ARM in a much bigger way. Currently, the Windows CE platform supports ARM just fine, but as mobiles are moving towards offering even more functionality, a more robust OS option needs to exist.

So, it seems likely that Microsoft is interested in having Windows 8 supported on ARM, but it’s not clear whether it’d be a customized or scaled-down version. I’d have to assume that both would be the case, although I couldn’t imagine it scaled-down to the point where it still doesn’t feel like a full OS. There is a lot pre-installed with Windows that doesn’t belong on mobiles, though.

The biggest draw for Microsoft to support ARM would have to do with battery-life. Devices like the iPad from Apple can run up to 8 hours or more on a single charge, and that’s just not something we see at all from Intel or NVIDIA competitors (correct me if I’m wrong). In that sense, the move seems reasonable, but it is a bit strange that it’s taken the company so long to decide to support ARM in a bigger way. No doubt the success of Apple’s iPad and other similar devices has had something to do with it. 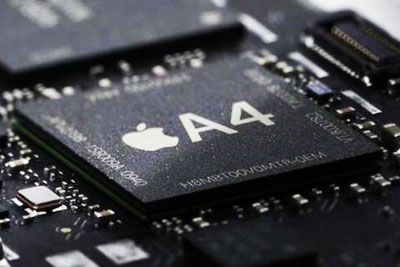 It’s this efficiency—and the lengthy battery life that it affords ARM-powered tablets—that is likely the reason for Microsoft’s interest in ARM. The battery life of x86-powered Windows tablets such as HP’s Slate 500 is around five hours. In contrast, ARM tablets like the iPad can achieve ten hours, and that difference is, in part, a result of the iPad’s A4 processor (a high-end ARM design named Cortex A8) having much lower power usage than the Atom in the Slate 500.